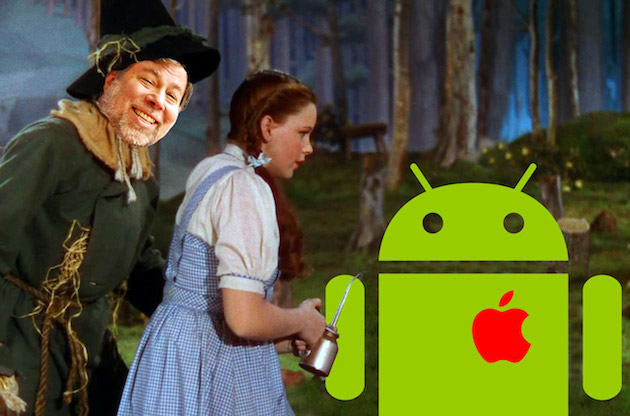 Yes, folks, this is real life. In an interview with Wired, at the Apps World North America conference, Steve Wozniak revealed his belief that Apple should create a phone using Google's Android operating system. According to him, "There's nothing that would keep Apple out of the Android market as a secondary phone market ... We could play in two arenas at the same time." As Wired's Mat Honan notes, the idea of such a handset wouldn't be technically impossible, but anyone who's familiar with the Apple of today knows that the chances of this actually happening are slim to none.

"We [Apple] could compete very well. People like the precious looks of stylings and manufacturing that we do in our product compared to the other Android offerings," Wozniak stated during the interview. Of course, this isn't the first time (and very likely won't be the last) in which the great, legendary Woz has spoken openly about his thoughts on Apple- and Android-related affairs -- still, it's always interesting to hear his perspective on the tech industry. Wozniak also spoke to Wired about the film Her, Moore's Law and even why he thinks the Cupertino company has yet to release a smartwatch or TV. You can check out the full interview right here.

Source: Wired
In this article: Android, Apple, Google, iDroid, iPhone, mobilepostcross, Steve Wozniak, SteveWozniak, Woz, Wozniak
All products recommended by Engadget are selected by our editorial team, independent of our parent company. Some of our stories include affiliate links. If you buy something through one of these links, we may earn an affiliate commission.