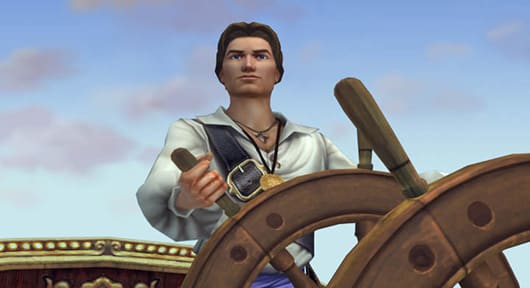 The good people at Humble Bundle have opted to make the Humble Sid Meier Bundle even more attractive, with two additional DLC packs for Civilization 5, as well as the 2004 remake of seminal swashbuckling simulator Sid Meier's Pirates.

As it now stands, those who spend any amount of money between $0 and $9.19 for the Humble Sid Meier Bundle will receive Civilization 3 Complete Edition, Civilization 4 Complete Edition, Sid Meier's Railroads, Sid Meier's Ace Patrol and that game's Pacific Skies expansion pack. Spend between $9.19 and $15 and you'll walk away with all of the aforementioned software, plus Sid Meier's Pirates, Civilization 5 and the Gods And Kings, Scrambled Nations and Scrambled Continents DLC additions spawned by the strategy game. Any amount over $15 will add Civilization 5: Brave New World to the Bundle, completing that game's range of DLC releases. Additionally, the highest pricing tier includes the Civilization 5 soundtrack as well as "Baba Yetu," the Grammy-winning theme from Civilization 4.

As with all Humble Bundle collections, those who purchase the Humble Sid Meier Bundle are given a choice on how to allocate their cash. You can either reward publisher 2K Games for making these games available, or you can shift your money toward Action Against Hunger, a humanitarian group working to end starvation and malnutrition throughout the developing world. Visit the Humble Bundle website for more information.
[Image: 2K Games]
Source: Humble Bundle
In this article: charity, civilization-5, humble-bundle, humble-sid-meier-bundle, mac, pc, Sid-Meier, sid-meiers-pirates
All products recommended by Engadget are selected by our editorial team, independent of our parent company. Some of our stories include affiliate links. If you buy something through one of these links, we may earn an affiliate commission.