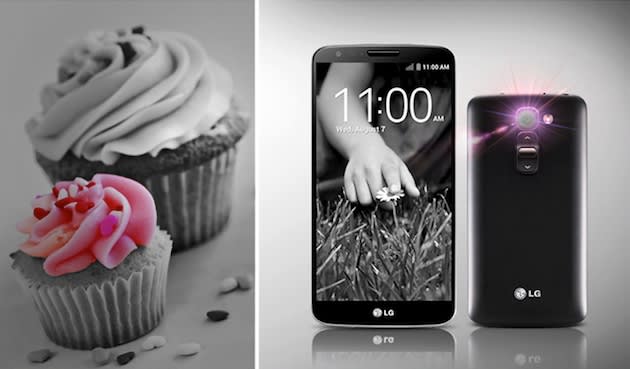 Blazing a trail set by the likes of Samsung, HTC and Sony, LG is set to become the latest phone maker to release a smaller version of its flagship smartphone. In an image shared on its Facebook page, LG has given us a first look the new G2 Mini, which is set to make its big debut on February 24th at this year's Mobile World Congress. While LG isn't disclosing any specs right now, the teaser image does show that the Mini will retain the same unique backside as the G2, placing the volume rocker and power button just below the rear camera. Beyond that though, it's hard to tell what other features the G2 Mini will retain. But with Mobile World Congress less than two weeks away, we'll get the full lowdown soon enough -- that is unless LG decides it wants to share more details before then.

Source: LG Mobile (Facebook)
In this article: android, g2, g2 mini, lg, mobilepostcross, phone, smartphone
All products recommended by Engadget are selected by our editorial team, independent of our parent company. Some of our stories include affiliate links. If you buy something through one of these links, we may earn an affiliate commission.