10 iPads perfect for upgrading on a budget 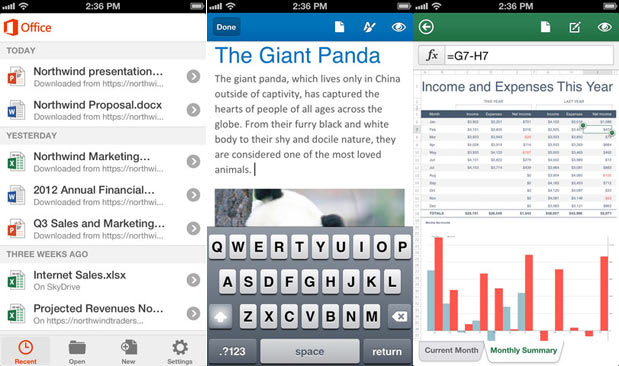 While Microsoft Office Mobile for iPhone released last summer and we've yet to see software release for Apple tablets. Not only is the slate-focused productivity suite alive and well, it's apparently going to launch before July. ZDNet reports that development of Office for iPad (codenamed Miramar) could allow for its debut ahead of the touch-friendly Windows 8 version. This means that the previously reported fall 2014 timeline has been accelerated, and Microsoft may release the iPad version as soon as it's ready -- rather than keeping it under wraps until Q3. As Mary Jo Foley notes, the iOS package will likely require an Office 365 subscription and tap into OneDrive as its main storage repository. For now, we'll just have to wait and see -- but that wait could be shorter than initially expected.

Via: The Verge
Source: ZDNet
In this article: ipad, microsoft, office, officeforipad, software
All products recommended by Engadget are selected by our editorial team, independent of our parent company. Some of our stories include affiliate links. If you buy something through one of these links, we may earn an affiliate commission.