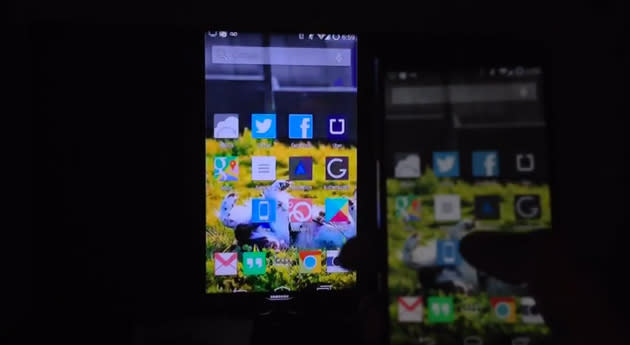 AllCast developer Koushik Dutta has hinted that he could do more with Chromecast than just queue up media, and he now has a demo video to prove it. The clip (below) shows Dutta using Google's peripheral to mirror an Android phone's screen on a TV, much like you might with Miracast (or an Apple TV, for that matter). There's some noticeable lag, but the frame rate is smooth enough to reproduce a couple of rounds of Flappy Bird. Dutta hasn't said just when he expects to release the new code. However, he hopes to build the feature into AllCast; you'll likely get Chromecast screen mirroring on Android at some point, even if Google never officially supports more than Chrome tab casting.

In this article: allcast, android, chromecast, hdpostcross, koushikdutta, mirroring, mobilepostcross, streaming, television, tv, video
All products recommended by Engadget are selected by our editorial team, independent of our parent company. Some of our stories include affiliate links. If you buy something through one of these links, we may earn an affiliate commission.