Honda will show off its in-car AI assistant at CES

Hyundai and Kia will offer AI assistants in 2019 cars

SoundHound wants to take on Google and Amazon in voice AI 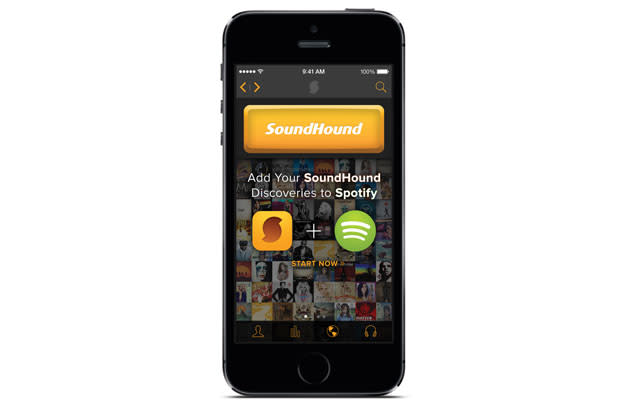 Generally speaking, getting an earworm out of your head is a two-step process: figure out what the song is (if you don't know already), and then listen to it over and over until you never want to hear it again. Apps like Shazam and SoundHound are great at that first bit: identifying songs whose title you may have forgotten. But once you figure out that "do do do do" was from "Tom's Diner" and not "Semi-Charmed Kind of Life," you're on your own in terms of finding a way to actually listen.

SoundHound is trying to make that a bit easier: it just announced an "Add to Spotify" button that allows you to create playlists from songs you've discovered. Unfortunately, the feature is iOS-only for now, though we can only hope SoundHound will one day add it to its Android and BlackBerry 10 apps as well. If this is all intriguing enough to make you want to try SoundHound for the first time, you'll be able to link your SoundHound and Spotify accounts when you're getting set up for the first time. And if you already do use SoundHound, you'll just want to update to version 5.8, at which point you'll have the option of logging into Spotify. Enjoy-- and whatever you do, don't click that Tom's Diner link. Trust us.

In this article: soundhound, spotify
All products recommended by Engadget are selected by our editorial team, independent of our parent company. Some of our stories include affiliate links. If you buy something through one of these links, we may earn an affiliate commission.