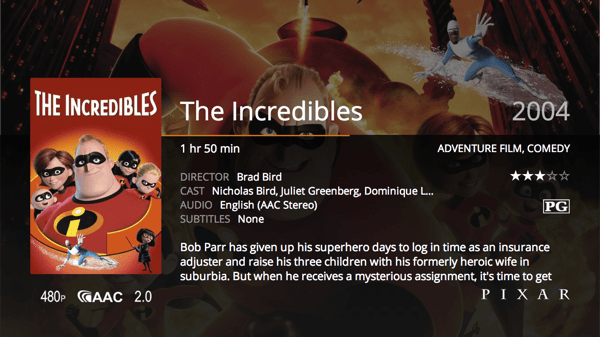 Plex launched support for Chromecast a few months ago, and now its offering is getting even better. Starting today, Android users (sorry, iPhones!) can not only cast any music, videos or photos from their Plex library onto their TVs using Chromecast, they can also play content in file formats previously unsupported by the dongle. With the feature, Plex transcodes the content into a new format, allowing it to be played just as if it was natively supported. The app also now supports content mirroring. A first for the Chromecast, with mirroring you can cast a movie synopsis to the big screen while you're browsing your library to help the group make a movie night decision. If you pick a high-bitrate 1080p flick from your library, Plex tweaked how content is cast to eliminate "expensive transcoding" and make the process more reliable and efficient than ever before.

The updated version of the Plex app is available now for Android, and an iPhone version is on the way. If you're thinking of giving the app a try, be forewarned: for now use of the Chromecast feature currently requires you pony up for a PlexPass subscription -- which start at $3.99 a month. The company says the feature will be free for everyone after its (undefined) preview period ends.

Source: Plex
In this article: Chromecast, hdpostcross, mobilepostcross, music, Plex, streaming, video
All products recommended by Engadget are selected by our editorial team, independent of our parent company. Some of our stories include affiliate links. If you buy something through one of these links, we may earn an affiliate commission.