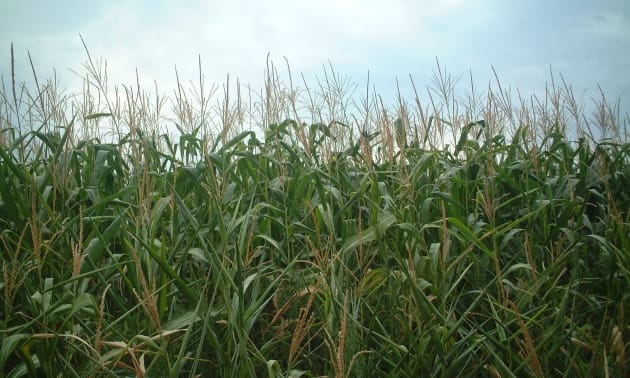 Some farmers are worried that with the latest push from seed manufacturers, their planting techniques could be used against them. Monsanto and DuPont (two of the largest seed providers in the world) are urging farmers to implement data-driven "prescriptive planting" tech that suggests how densely rows of seeds should be planted and at what depth. It also gives detailed information about a farm's soil, according to a Wall Street Journal report. Some modern farming equipment already collects the above information for the farmer's personal use, but this new tech would upload it to seed-providers who will analyze the aggregated data and feed optimized planting info directly to the iPads or other tablet inside a tractor's cab. As Monsanto tells it, this could increase corn crop yields by as much as five to ten bushels per acre -- and with mass adoption, that number would rise.

Critics, however, aren't nearly as optimistic. The American Farm Bureau Federation (a farming trade-group) has pointed out that seed companies have an implicit interest in higher crop returns and planting denser fields: Monsanto and its ilk stand to profit from the cost of their services as well as increased seed sales. Farmers fret that the shared data could lead to increased competition and higher seed prices, too. What's more, they're worried about a drop in the profits made from futures contracts and a possible fight related to who owns their crop data. Given Monsanto's history regarding ownership, though, the farmers' hesitation could be warranted. For the full story, be sure to hit the source link.

Via: The Verge
Source: Wall Street Journal
In this article: Big Data, bigdata, data, Dupont, farmers, farming, FieldScripts, monsanto
All products recommended by Engadget are selected by our editorial team, independent of our parent company. Some of our stories include affiliate links. If you buy something through one of these links, we may earn an affiliate commission.