Apple finally updates the iPod touch with an A10 chip

Apple will repair devices damaged by flooding in Japan for free 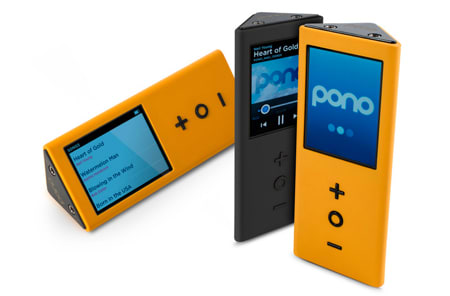 Neil Young's pet project to revolutionize how everyone listens to music -- called Pono -- launched its Kickstarter campaign a couple of days ago and quickly passed its goal by a wide margin. With nearly $2.5 million pledged as of this writing, it's clear that there's a market for a lossless portable audio device, but what a lot of people are getting wrong is the idea that the Pono is somehow an iPod competitor.

I've seen headlines suggesting the Pono "wants to put iPods out of commission," and that it's a "high-fidelity iPod competitor." It won't, and it's not.

There's no point in arguing how much better the "ultra high-resolution" audio of the Pono (192 kHz, 24 bit) sounds compared to what most of us are used to -- mainly because even the experts can't agree on whether it really matters. If you're an audiophile who spends thousands of dollars on audio equipment and rides mass transit while wearing $300 headphones, you'll convince yourself that it's worth a purchase whether your enjoyment of the music increases or not.

Young's portable oasis of music is as niche as a product can get, and aside from the thin cross-section of iPod users who consider themselves to be top-tier, obsessive music buffs, there's not really a competition happening between the Pono and Apple's iDevices.

Lossless audio isn't small or compact, and apparently neither is the hardware required to play it. The Pono is bulky and awkward, and it's not going to replace anyone's iPod in the gym or on a bike trail. The Pono is all about a "no compromises" approach, but it looks like the biggest compromise might be walking around in public with a triangular music device in your pocket.

You carry an iPod because it's all your music in one place and its size is so negligible that there's no point in not taking it everywhere you go. You'd carry a Pono because you believe the format is worth it, in spite of the unfortunate design.

This one is self-explanatory.

The Pono will ship with 128 GB of storage (64 GB built-in, 64 GB via miniSD card). That's a pretty huge amount for an iPod, but if you're downloading music at the "so-good-you-can-feel-it" quality that the Pono was made to hold, it's not quite so spacious.

128 GB can hold approximately 800 of the highest-quality recordings the PonoMusic shop will offer. By comparison, the base model of the iPod nano (16 GB) holds about 4,000 songs at the quality that most of us are used to downloading from iTunes.

During the Kickstarter campaign, the Pono is being offered for $300, but the retail price will be $400. For perhaps the first time ever, Apple's devices are the cheaper option, by a long shot. Anyone in the market for a new iPod is probably not going to decide to spend double or triple the amount on a Pono. Just a guess.

Pono is pushing its PonoMusic shop as the place to buy your high-quality tunes, noting that it's scored deals with "all the major record labels," without going into actual specifics. The Kickstarter FAQ does, however, offer an estimated price for a digital album off of PonoMusic: $14.99 - $24.99. If you haven't purchased any music off of iTunes lately, suffice it to say that it's significantly cheaper than that.

There's also the matter of needing something to plug into your Pono in order to actually enjoy the more expensive "high def" audio; Listening to the 24-bit tunes with the same earbuds you wear during your morning run completely defeats the point, so anyone leaving their iPod behind for the Pono will also need to invest in a decent pair of headphones at the very least.

It might sound like I'm ragging on the Pono here, but I promise that I have nothing against the device or its creators. What I do take issue with is those who suggest that the iPod or iTunes will somehow be affected by its existence.

It's a gadget with a very specific purpose made for a very specific user who will probably really enjoy it. But what it won't do is have a noticeable effect on Apple's bottom line or its products going forward.

In this article: ipod, itunes, music, pono, pono apple, ponoapple, ponomusic
All products recommended by Engadget are selected by our editorial team, independent of our parent company. Some of our stories include affiliate links. If you buy something through one of these links, we may earn an affiliate commission.
Share
Tweet
Share