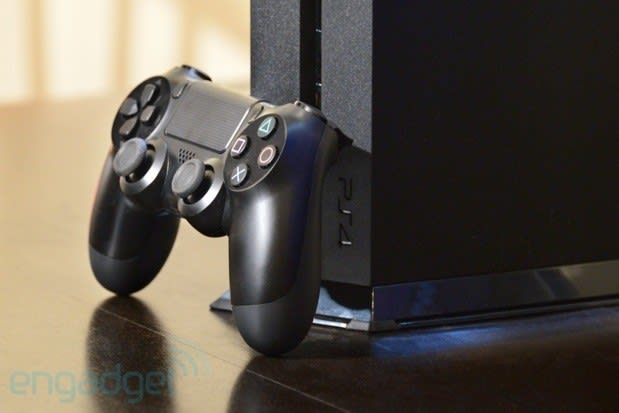 During the lead up to the PlayStation 4's launch, Sony promised that it would enable gamers to shut off HDCP (High-bandwidth Digital Content Protection) post-launch and allow unrestricted video capture over HDMI. That day is almost here, as the company's just announced its intention to release two new system updates mostly focused on the console's sharing functionality.

Though Sony hasn't set a time frame for either of these two planned updates, the first should arrive in the "upcoming weeks" and will add in that previously mentioned HDCP-off option, as well as video editing tools so gamers can chop up and tweak gameplay footage captured via the Share button. In addition to this, the PS4 will also gain an option to save recorded clips and screenshots to an external USB drive, thus clearing up your system's limited storage space and letting you preserve your gaming conquests. Sony apparently plans to bundle additional features and fixes into this update, but for now it's saying that specifics on just what that entails will come at a later date. Who knows, maybe it'll also usher in VR support for Project Morpheus. Though that's probably us wishing too hard and jumping the gun a bit.

But that's not all for tweaks to the PS4's popular Share feature set. When the second planned update hits, gamers will not only get a chance to archive broadcasted Twitch footage, they'll also get a chance to stream and view it in 720p resolution. Again, there's no concrete mention of when we can expect these updates to roll out, but at least you can take solace in knowing that Sony's making good on its word.

Source: Sony PlayStation blog
In this article: editingtools, hdpostcross, PlayStation, playstation 4, Playstation4, PS4, sharebutton, sony, Twitch, updates, video editor
All products recommended by Engadget are selected by our editorial team, independent of our parent company. Some of our stories include affiliate links. If you buy something through one of these links, we may earn an affiliate commission.