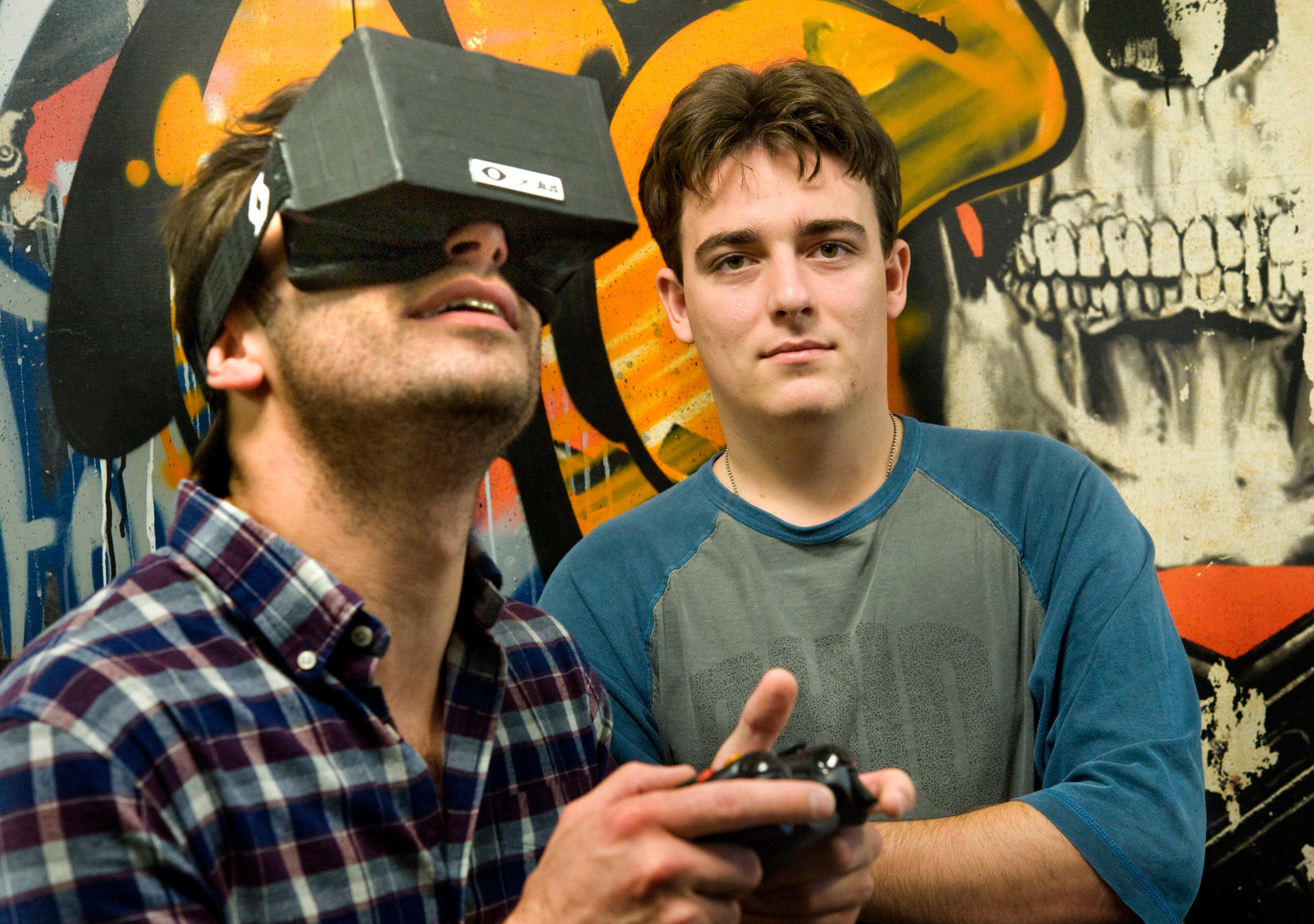 Oculus VR co-founders Palmer Luckey and Brendan Iribe had a vision for their company: to bring virtual reality to as many people as possible, in the best way possible, at the lowest possible price. And, according to the duo, selling the company to Facebook is the best way to reach those goals. "This is the best thing for us to do," Luckey told us in a post-announcement interview. "It leaves us in the same position we've always been in, doing the same things we wanted to do."

The surprise deal, according to Iribe, came together after Facebook CEO Mark Zuckerberg asked for an Oculus Rift demo. "The initial expectation wasn't that he was coming down to acquire us," Iribe said. "He just wanted to see what we were up to." It quickly became clear, he said, that the two companies had a lot in common, and that being acquired by Facebook wouldn't require Oculus to sacrifice any of its independence. "We looked at other companies and thought, if we're partnering with them, they're going to turn us into their own brand and product and they'll change our emails and we'll be wearing different hoodies. We're proud of who we are."

Iribe confirmed that the entire Oculus team will be making the move, and said that being part of Facebook will allow them to "accelerate hiring and build out a team with a focus of getting the best and brightest in the industry."

"[Another company might] change our emails and we'll be wearing different hoodies. We're proud of who we are."

In Zuckerberg's announcement earlier today, he said that the company wasn't concerned with making an immediate profit selling the Oculus Rift hardware, and Iribe confirmed that. "We don't know what we'll price this at," he said. The goal is to "get this out at the most affordable price possible." Zuckerberg, according to Iribe, offered Oculus the chance to "reduce or eliminate the hardware margin and just get this out there." The Facebook CEO told Iribe he wants to help "connect a billion people with VR."

For Luckey, who began work on the first Rift prototype while he was still in college, the fact that Facebook isn't a gaming company is actually a good thing. "Almost anyone in a gaming place would want us to do it based on their vision," he said. "We already had a vision for the company. Facebook is going to let us do it, but with their resources behind it."

"We have zero interest in doing what someone else thinks is the right thing," he added.

In this article: breaking news, facebook, hdpostcross, oculus rift, Oculus VR, Palmer Luckey
All products recommended by Engadget are selected by our editorial team, independent of our parent company. Some of our stories include affiliate links. If you buy something through one of these links, we may earn an affiliate commission.