Which monitors are worth buying? 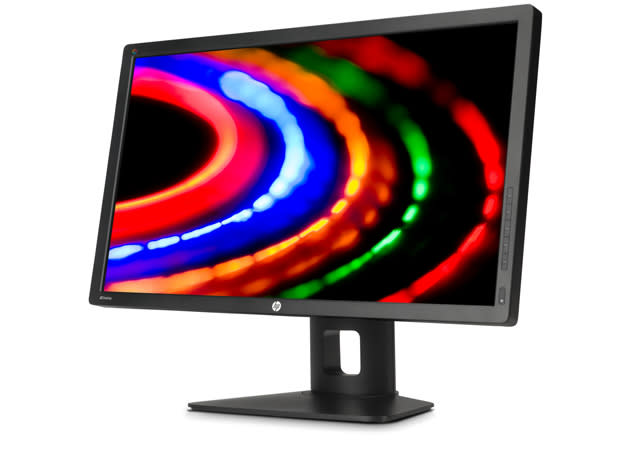 Fun fact: as of this writing, HP is still selling a display that came out back in 2008. That would be the DreamColor LP2480xz, a billion-color monitor that got lots of attention by dint of the fact that DreamWorks (yep, that DreamWorks) helped design it. Also, it cost an obscene $3,499, so that raised some eyebrows too. After six years, though -- and many a price cut -- the ol' DreamColor is about to go the way of the dodo. HP just announced two models, both of which have billion-color displays, and one of which costs just $599. (How the times have changed, eh?) Starting with the cheaper model, the Z24x, it has a 24-inch screen, as the name suggests, with 1,920 x 1,080 1,200 resolution and a color gamut that includes 99 percent of the AdobeRGB range. The Z27x ($1,499), meanwhile, steps up to a 2,560 x 1,440 panel, and covers 100 percent of sRGB, 100 percent of AdobeRGB and 99 percent of DCI-P3. Both are available today, but it's unclear how sweet a deal you'll get if you wait until 2020 to buy.

In this article: DreamColor, dreamcolorz24x, dreamcolorz27x, hp, HpDreamColor, nab2014, z24x, z27x
All products recommended by Engadget are selected by our editorial team, independent of our parent company. Some of our stories include affiliate links. If you buy something through one of these links, we may earn an affiliate commission.