Google is changing how other sites use its flight data

Bing Travel's airfare price predictor is gone, but not forgotten

The Daily Grind: Got cons? 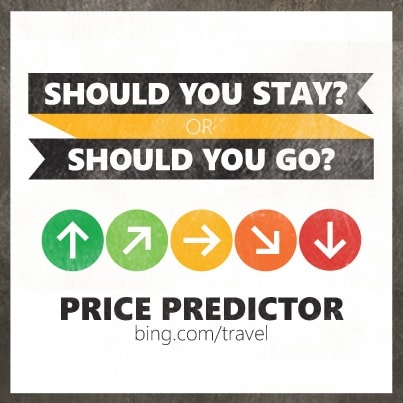 Despite Microsoft's years of effort, most of us haven't switched from Google to Bing for our various searches. Still, one of our favorite Bing features has always been the airfare price prediction. Added in 2009 after Microsoft acquired the startup Farecast for $115 million one year earlier, it could give you an idea of the best time to buy an airplane ticket at its lowest price. That feature is gone now, as a Microsoft spokesperson told GeekWire "It was a business decision to focus resources on areas where we feel there are the greatest opportunities to serve travel needs." It faded out earlier this year, and Tnooz mentions that key members of the Farecast / Bing Travel team left Microsoft back in 2009.

Last year, Farecast's founder Oren Etzioni lamented the state of of the service, telling GeekWire at the time "I would have expected more [from Bing] during the past few years." Apparently what was left didn't survive Microsoft's current reorganization, however travelers looking for the best time to buy can still find a similar service from Bing frienemy Kayak.com. Kayak launched a curiously similar price prediction feature last year, and now Google is beefing up its search results for travel queries with direct information on hotels, room photos and reviews. Ah well, at least Bing is still our go to for easy Bitcoin conversions. 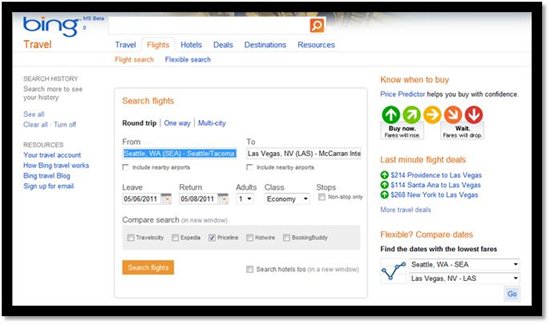 Via: Neowin
Source: Tnooz, GeekWire
In this article: airfare, bing, bing travel, farecast, microsoft, oren etzioni, price predictor, search, transportation, travel
All products recommended by Engadget are selected by our editorial team, independent of our parent company. Some of our stories include affiliate links. If you buy something through one of these links, we may earn an affiliate commission.