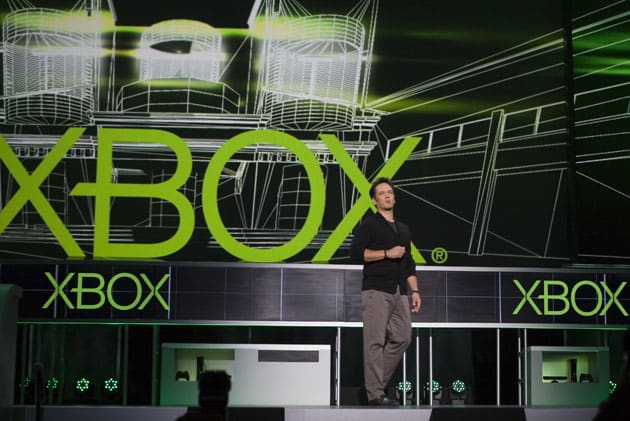 When Phil Spencer was appointed the new head of Xbox following the departure of longtime lead Marc Whitten, he promised a re-focus on gaming across all Microsoft platforms. That wasn't a huge surprise, of course -- most folks know Spencer as the Microsoft Studios guy; the guy who makes game deals; the guy who speaks at E3 about games during Microsoft's keynote. While that's all accurate, Spencer is also a longtime Microsoft employee, starting as a programmer and working his way up. In an interview with Microsoft's Larry "Major Nelson" Hryb, Spencer detailed that 26 year history and how it led him to the lofty position he's in today.

Beyond the history lesson, Spencer teased out at least one juicy tidbit: "we've got a game we haven't announced yet, we're gonna show on stage at E3." Unannounced games at E3? Get right out! Joking aside, he said it's got a "fantastic setting" and a "soulful" feeling (comparisons were made to indie darlings Limbo and Brothers: A Tale of Two Sons). Color us intrigued.

Join us below for a bulleted list of quick facts about the man charged with running Microsoft's gaming division, and the full video interview from Microsoft.

[Image credit: Flickr user 'Criisi']
Coverage: Microsoft
In this article: hdpostcross, larryhryb, majornelson, microsoft, microsoftstudios, philspencer, video, xbox, xbox360, xboxone
All products recommended by Engadget are selected by our editorial team, independent of our parent company. Some of our stories include affiliate links. If you buy something through one of these links, we may earn an affiliate commission.