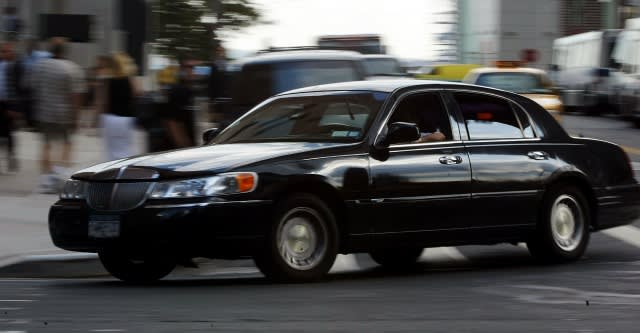 When Matt Oscamou headed out to Starbucks Wednesday afternoon, he had no clue he'd be leaving half an hour later in an Uber with a venture capitalist (VC) from Google Ventures. "My preparation window was not even seven minutes," says Oscamou. He was one of several startup founders to cruise around town with potential investors on Wednesday through an event called UberPITCH. The most "Silicon Valley" of promotions, six Google Ventures VCs got in the back of Uber SUVs and were on-demand for founders to request for mobile 15-minute meetings throughout the afternoon. It was a startup version of Cash Cab that made finding a potential investment as easy as requesting a taxi. Sort of.

Oscamou spent 20 minutes attempting to hail an investor, and was about to give up when he finally scored a ride with Google's 84th employee David Krane (an unexpected trip he had just a few minutes to prepare for). "I was clicking that thing for a while, where it said 'No pitches available. No pitches available.' I figured there would be a lot of people clicking it, but I didn't know how hard it was going to be." Oscamou was one of the lucky ones who secured a ride. One founder reportedly tried over 500 times to request one of the high-stakes trips; another stood next to the Caltrain with a huge sign asking Uber to pick them (it eventually did); and a few that just couldn't wait any longer just showed up outside Google Ventures' office. 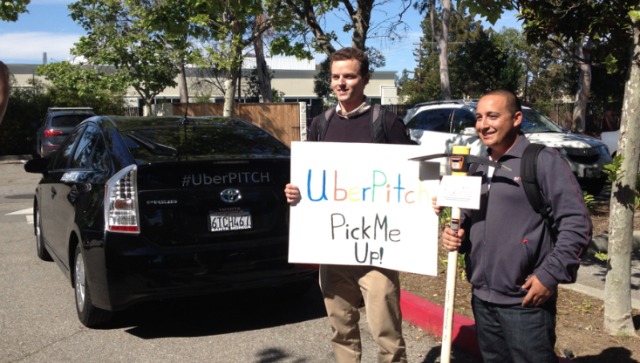 Armed with just a few product samples, Oscamou spent seven minutes talking to Krane about his startup Frontier Snacks, which produces a bite-sized alternative to granola bars. "We drove around. I have no idea where we drove to, because I was like laser-focused on David," he says. While the energy-bar substitute wasn't quite the perfect fit for Google Ventures, Krane offered to introduce him to a few other investors who might be and help get the snacks (which are pretty delicious) into the kitchens on campus. That was enough for him to consider the whole experience a pretty solid win.

I'm on demand! Along with my other Google Ventures partners. Get your pitch on with Uber! http://t.co/1XMJVnEiLS pic.twitter.com/evM24tl8ye

On the surface, the whole thing kind of reeks of being an DeLorean-style Uber promo (Google Ventures is an investor in the car service), but some of the other riders might actually get an investment. "Several of the pitches I heard were very compelling," says Google's Rick Klau, who met with four companies on the back bench of an SUV. He says that all of the people he met with were very earnest about their businesses, and saw the promo as a great opportunity to get in front of some faces they might otherwise not. "Coming out of this, I'm looking forward to seeing where some of the conversations go." Hopefully their next meetings won't require seatbelts.

In this article: David Krane, Google, google Ventures, Rick Klau, Uber
All products recommended by Engadget are selected by our editorial team, independent of our parent company. Some of our stories include affiliate links. If you buy something through one of these links, we may earn an affiliate commission.