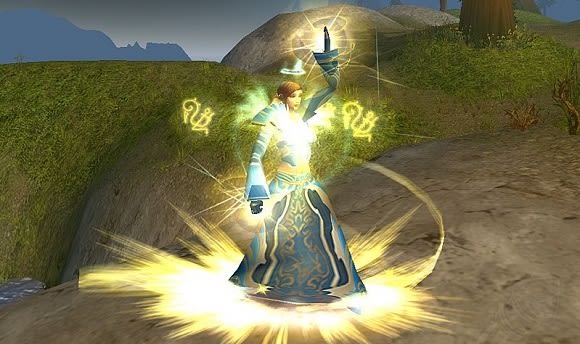 WoW Archivist is a biweekly column by WoW Insider's Scott Andrews, who explores the secrets of World of Warcraft's past. What did the game look like years ago? Who is etched into WoW's history? What secrets does the game still hold? It first appeared on our sister site on April 11th and is included here by permission.

The Warlords of Draenor patch 6.0 notes have revealed the latest changes to WoW's ever-evolving talent system. Talents have remained a core system in WoW since its earliest days; it's the primary method that allows players to make their characters distinct.

In the beta for WoW and throughout vanilla, talent trees were a bit of a mess, as Archivist covered. Today, we'll examine how those early trees came to be expanded, refined, and then scrapped for a very different system. We'll also look at how Warlords is bringing back the earliest version of talent trees in a brand-new way.

Players didn't choose a specialization as they do today. Instead, they assigned points to three different "trees." Each tree represented a spec, but each also had talents that helped the other two specs as well. So players could pick and choose just how far down they wanted to go in a given tree and thus how much to commit their character to one spec. "Hybrid" builds were not ideal from a min/max perspective, but they were popular. And TBC was the golden age of such builds.

For example, Paladins could combine some of retribution's DPS talents with the holy tree's Holy Shock to create a "shockadin" build. (Holy Shock was a talent.) The build allowed a ranged DPS spec for Paladins. It wasn't great for endgame dungeons or raiding, but it was fun to play for questing and PvP.

"Swift Moonkins" could opt for a more resto-heavy build that gave them access to Nature's Swiftness for instant nukes and more healing capabilities, at the cost of their Force of Nature summon spell.
To create such a build, you had to sacrifice acquiring the top-end talents, which were most often powerful new spells. In many cases, however, those 41-point talents were not so amazing that you couldn't live without them. The versatility often made up for the lack of a spec's ultimate spell.

Many classes had viable 40-21 builds in both PvE and PvP or even wilder splits. Pure DPS classes had even more room for playing around with points, since every tree boosted their damage. For instance, Mages created "Frostfire" builds from the Frost and Fire trees before Frostfire was officially a thing. Warlocks had a 30/21/10 build that combined Shadow Mastery with Demonic Sacrifice.

In Wrath, Blizzard doubled-down on talent trees. Wrath expanded the trees even further, with another 10 points and another layer of talents added at the bottom of each tree.

However, Wrath also introduced Dual Specialization in patch 3.1. The dual spec ability was one of WoW's biggest gamechangers. Suddenly, you could switch from an elemental Shaman to a resto Shaman on the fly instead of hearthing to town, resetting your points, respending your points, setting up your bars with the different spells, etc. Players could have separate specs for PvE and PvP. Raiders could set up one talent configuration for single target DPS and one for cleaving down adds. 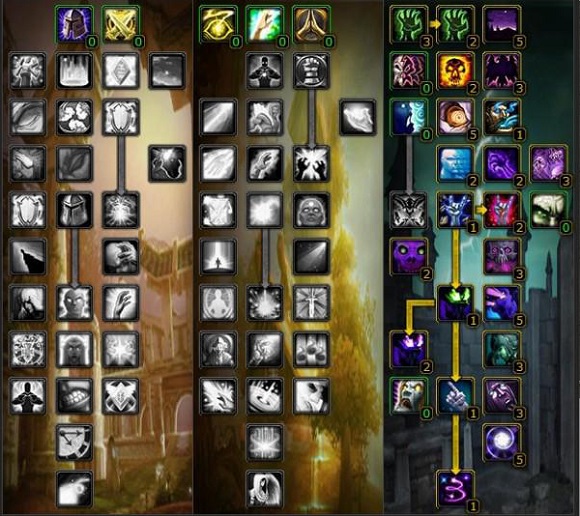 That's... a lot of icons. Prior to 3.1, remembering where to put all those points was a nightmare. Since dual spec cost 1000g at the time, not everyone was able to afford it even after it was patched in.

Talent trees had grown beyond Blizzard's ability to control them and beyond many players' ability to fully grasp.

With Cataclysm adding five more levels, players expected even more talent points, and if not new tiers, at least new talents added to existing tiers. After all, that had been the pattern of all the prior expansions. 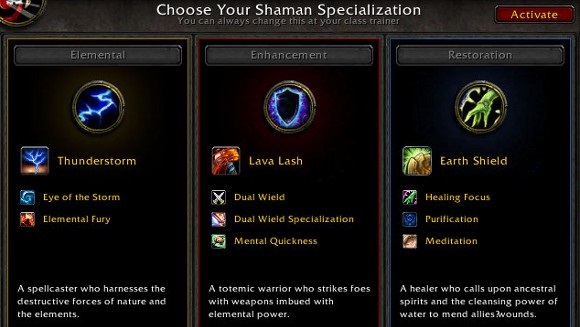 Blizzard devs said the other trees had offered an illusion of choice while cookie cutter specs dominated the game. With this, they hoped to offer real choices at long last. 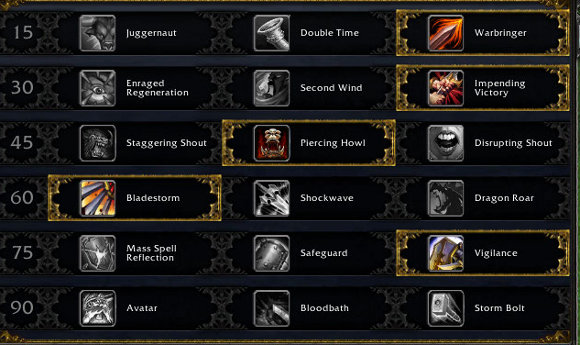 Reading through this list, I was struck with this thought: The perks are like the talent points we used to assign in our old cookie cutter builds. They were so good that it was silly not to take them. Now, instead of making the (non)choice to put points into them, we get them for free. Classes that have multiple trees for the same role do get a choice since the perks are different for each spec. And we get them one level at a time, just like the old points.

At the same time, those choices are also far more temporary than they used to be, so there is some debate about whether they still feel like choices. Talents feel more like tools in a toolbox. Sure, you can pick only a third of the available tools. But you can toss a tool back in the box and get a new one anytime you don't like what you have.

Is this truly a problem or just a lingering nostalgia for the more commitment-heavy systems of the past? It's something that Blizzard should consider as it looks at future iterations of the system.

WoW Archivist is a column by WoW Insider's Scott Andrews; it runs on Massively by permission. Every other weekend, Scott explores the secrets of World of Warcraft's past. What did the game look like years ago? Who is etched into WoW's history? What secrets does the game still hold?
In this article: activision, blizzard, blizzard-entertainment, cataclysm, scott-andrews, spec, specialization, talent, talents, warcraft, world-of-warcraft, wow, wow-archivist, wow-insider
All products recommended by Engadget are selected by our editorial team, independent of our parent company. Some of our stories include affiliate links. If you buy something through one of these links, we may earn an affiliate commission.