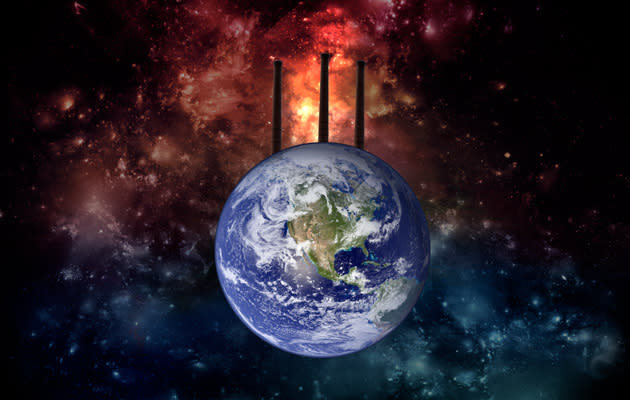 One of the biggest arguments against fixing climate change is that it would cost too much. Not so, says the UN's climate change panel, which has found that abandoning fossil fuels would only knock around 0.06 percent off the world's GDP. According to the report, if low-carbon energy quadruples by 2050, then the planet may only warm by two degrees -- the upper limit before The Day After Tomorrow-style catastrophes are commonplace. The panel recommends switching to renewables like solar, wind and hydropower, with nuclear the next best option and biofuels in third, since the latter uses the same land and resources needed for growing crops. Maybe it's time that we all started cycling to work.

In this article: Carbon, Climate Change, Disaster, Environment, Global Warming, IPCC
All products recommended by Engadget are selected by our editorial team, independent of our parent company. Some of our stories include affiliate links. If you buy something through one of these links, we may earn an affiliate commission.