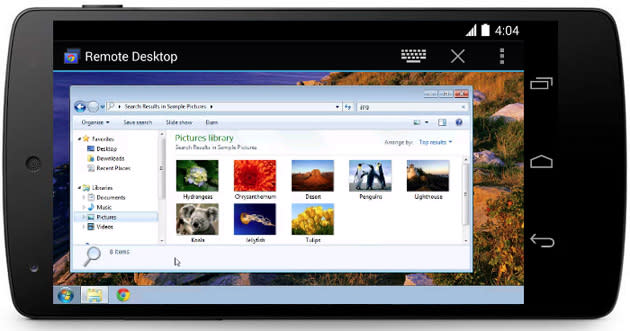 While we'd seen rumblings that it was in beta testing, Google's Chrome Remote Desktop app for Android made its official debut today. This means that those who fancy Mountain View's mobile OS can take a gander at files that reside on a Windows or Mac machine that's safely docked in the office. The Remote Desktop app has been available on the desktop for quite some time, and now the same access is available through Chrome on Android smartphones and tablets. For those who prefer Apple's devices, an iOS version of the software should be on the way soon.