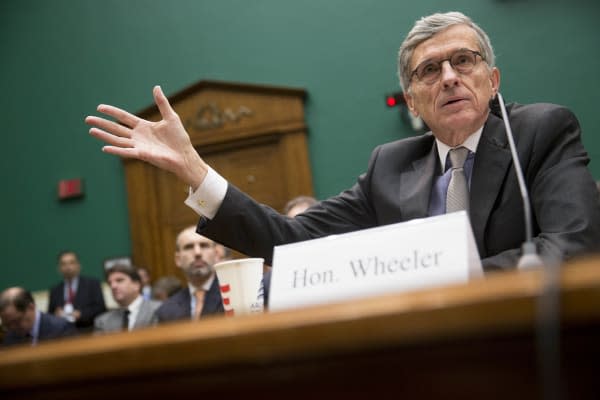 Recent news that the FCC is drafting new net neutrality rules caused an uproar once it came out that they could let ISPs give certain traffic special access. That goes against the principles conventionally ascribed to net neutrality, which so far have required ISPs to treat any traffic on their networks the same. FCC Chairman Tom Wheeler called those claims "flat out wrong" in a short statement, and in a blog post titled "Setting the Record Straight on the FCC's Open Internet Rules" says his proposal does not abandon the FCC's earlier policies. According to the chairman, the proposed draft is simply following the roadmap established by the court when the previous net neutrality standards were struck down and "would establish that behavior harmful to consumers or competition by limiting the openness of the Internet will not be permitted." So, should you be worried about the new rules?

To be clear, this is what the Notice will propose:

The problem is that net neutrality as it's often understood and the way the FCC claims it can actually be implemented under the current laws, aren't exactly the same. At issue here is if you believe the FCC's claim that it can and will set a "high bar" for what kind of traffic management is "commercially reasonable." The Chairman's argument defending this position is that even redefining internet service as a public utility and regulating it under Title II rules (the way phone service is) would only ban "unjust and unreasonable discrimination" -- potentially leaving a loophole for ISPs to sell the "fast lane" many worry they'll use to tier internet services in a manner similar to cable TV. Additionally, the FCC claims the new rules would increase transparency, requiring ISPs disclose "all relevant information" about the policies in place on their networks.

The FCC claims it's doing what it can to stop ISPs from potentially harming their competition or gouging customers, but not everyone is convinced. Consumer advocacy groups like Public Knowledge and Free Press have spoken out against the change, referencing Wheeler's history as a cable industry lobbyist and calling the plan "internet payola." The belief is that instead of going this route, the correct response to the court ruling that struck down the previous Open Internet rules is to reclassify ISPs as "common carriers" and regulate them like phone companies. Tim Wu of the New Yorker calls out President Obama's campaign promises to protect net neutrality and based on the reports, says the new policies are a clear violation of that stance. Former FCC commissioner Michael Copps says that "If true, this proposal is a huge step backwards and just must be stopped. If the Commissioner subverts the Open Internet, it is an insult to both citizens and to the promise of the Net." A main worry is that ISPs will either cause congestion or through inaction allow it to build up (sound familiar?) in order to extract extra fees for better connections

Reclassification of internet services remains an option, but not one that the FCC is floating yet. The next step now is for commissioners to "review, add, subtract, compromise," from the draft until it comes to a vote at their meeting on May 15th. If three of the five commissioners vote to adopt it at that time, then it will go in front of the public for comments that could be included in the final rules, if they are adopted by the majority of the FCC. Whether you believe the proposed policies would allow for something no more harmful than Express Mail service or the end of the internet as we know it, your voice can be heard. There are always petitions to sign, and of course, contacting your elected officials in Washington is an option.

Update: The FCC just tweeted that it's opened a new inbox for comments, ready for your emails at openinternet@fcc.gov.

In this article: comcast, fcc, hdpostcross, isp, netflix, netneutrality, openinternet, TomWheeler
All products recommended by Engadget are selected by our editorial team, independent of our parent company. Some of our stories include affiliate links. If you buy something through one of these links, we may earn an affiliate commission.