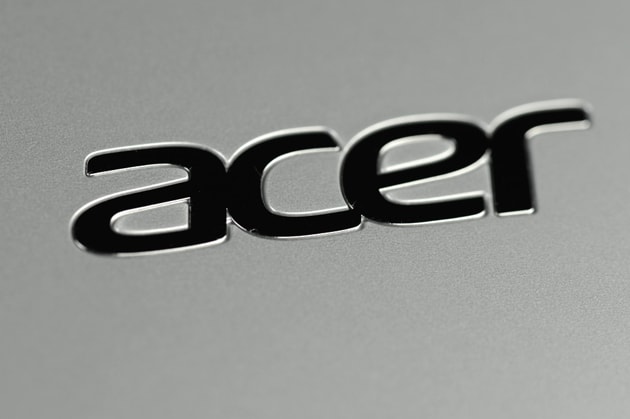 Blink and you would've missed it: in the middle of a big press event here in New York, Acer very quickly (and very casually) revealed it's going to be entering the smartwatch space later this year. The Liquid Leap, as it's known, is a narrow, 17mm-wide band, designed specifically to appeal to both men and women (not naming names, but ahem, Pebble). According to an Acer rep, the touchscreen wearable blends both fitness and more "traditional" smartwatch features (think: notifications). Even then, it's unclear whether those fitness features will be nominal, or if this will be a veritable Gear Fit competitor that tries to do well at both. What we do know is that this will initially be sold as part of a bundle with Acer's forthcoming 5-inch Liquid Jade smartphone (no details there, sorry). Additionally, the Acer rep we spoke to indicated the watch would arrive in a "test market" first -- likely Asia. Until it launches, then, your guess about the final product is as good as ours.
All products recommended by Engadget are selected by our editorial team, independent of our parent company. Some of our stories include affiliate links. If you buy something through one of these links, we may earn an affiliate commission.