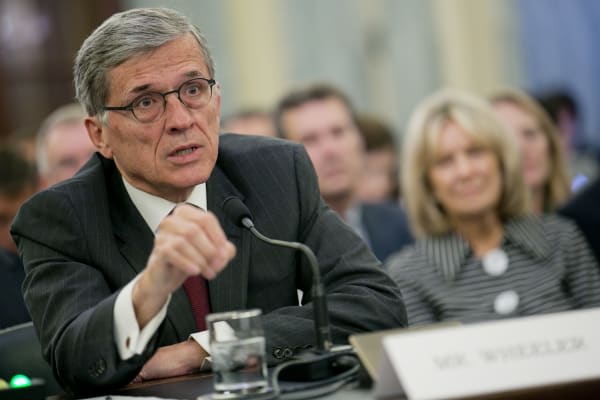 Word of a new FCC proposal for net neutrality that could allow ISPs to discriminate between traffic on a "commercially reasonable" basis caused an uproar last week, and now Chairman Tom Wheeler has more to say about it. In a new blog post titled "Finding the Best Path Forward to Protect the Open Internet" he addresses many of the concerns raised about the rules some have suggested would effectively kill the concept of net neutrality, as well as other problems like a lack of competition between broadband providers and the interconnect deals Netflix has complained about reaching with ISPs like Comcast and Verizon. Wheeler called preserving the Open Internet "a priority" for the FCC, and claims "all options" are on the table -- including reclassifying internet providers so they can be regulated like phone companies or other utilities, a measure encouraged by consumer groups like Public Knowledge and Free Press.

According to the chairman, the current proposal that's on the table for commentary exists to get something enforceable in place soon. Other choices, in his view, mean ignoring the court's previous ruling on net neutrality, or going in a whole new direction that could be tied up in courts for years. Saying "I won't hesitate to use Title II" (reclassification), if ISPs abuse the new rules and jeopardize the next Google or Amazon (Netflix was not mentioned) may put some more meat behind them. He claims that if anyone attempts to degrade the service of many for the benefit of few, the FCC will do everything it can to stop it. Now, we wait and see if that will mollify critics or satisfy Congress when he goes in front of the House Commerce Subcommittee on Communications on May 20th. Other issues the FCC is dealing with include those interconnection arrangements Netflix's Reed Hastings is so concerned about, and transparency requirements the chairman says will uncover any bad practices by ISPs like the ones Comcast and Verizon have been accused of.

Source: FCC
In this article: fcc, hdpostcross, netneutrality, openinternet, TomWheeler
All products recommended by Engadget are selected by our editorial team, independent of our parent company. Some of our stories include affiliate links. If you buy something through one of these links, we may earn an affiliate commission.