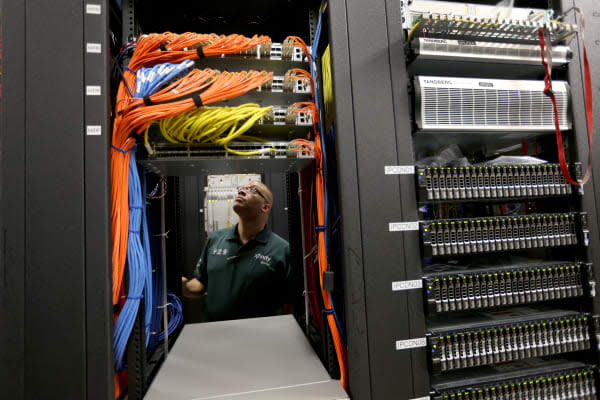 This week's update on the battle between Netflix, internet service providers (ISPs) and the companies that often carry internet traffic between them comes from the third group. Level 3 VP Mark Taylor's "Observations of an Internet Middleman" shows what it looks like from his end of the network cable while being squeezed out by ISPs seeking the direct connection deals Netflix has signed with Comcast and Verizon. Without naming the ISPs in question -- Level 3 waged a war with Comcast over Netflix traffic in 2010 before cutting a direct connection deal of its own last year -- he points out that among the company's many connected network peers, only a dozen are suffering congestion. While half of those are in the process of being upgraded, the other six are regularly overloaded, dropping packets and delaying traffic.

Want to guess which ones they are? Taylor points to a list that includes some familiar names. Comcast recently pointed the finger at Netflix's "commercial transit decisions" for using overloaded connections, but Taylor's stats join Netflix in placing blame squarely on the ISPs for inaction.

Taylor charges the unnamed ISPs (five in the US and one in Europe) with "deliberately harming the service they deliver to their paying customers," (as show by the graphs above displaying a maxed out connection and subsequent packet loss). He points out that all exist where the providers have "dominant or exclusive market share" and that these problems don't exist where customers have multiple broadband choices.

Without directly referencing the proposed Comcast-Time Warner Cable merger or the FCC's net neutrality plans, he closes with the question "Shouldn't a broadband consumer network with near monopoly control over their customers be expected, if not obligated, to deliver a better experience than this?" If you agree, the FCC is listening as it considers the new version of net neutrality, and you'll want to pay attention Thursday morning. That's when his fellow internet middleman Dave Schaeffer -- the CEO and president of Cogent Communications -- goes in front of the House of Representatives Judiciary Committee as part of the panel for an oversight hearing on the Comcast-TWC merger.

In this article: hdpostcross, kevin taylor, level 3, level3, netflix, netneutrality, peering
All products recommended by Engadget are selected by our editorial team, independent of our parent company. Some of our stories include affiliate links. If you buy something through one of these links, we may earn an affiliate commission.