Samsung made an utterly gorgeous Chromebook with a 4K AMOLED screen 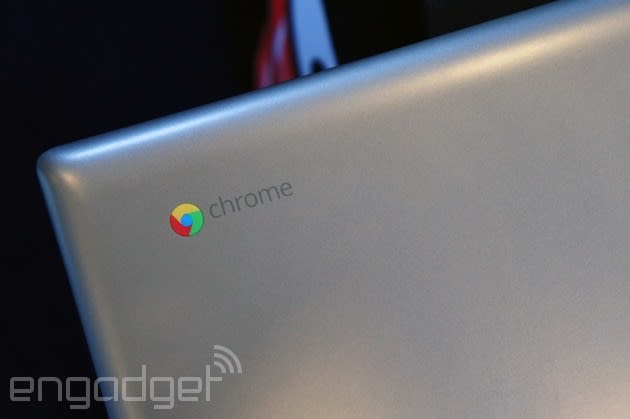 When Lenovo gets into something, it really gets into it. Exhibit A: the company's recent Chrome OS kick: it just announced two more Chromebooks, after having released two kid's versions last month. Today's new additions include the N20 and N20p, two 11.6-inch machines with basically the same specs. The difference? The N20 is a classic clamshell laptop with a non-touch display, whereas the N20p has a touchscreen that folds backward -- yep, kind of like on the Yoga line. We say "kind of" because in this case, the screen only folds back 300 degrees, as opposed to the 360. That's still fine for watching movies and such; just don't expect to use this as a proper tablet replacement.

Under the hood, both models pack a quad-core Intel Celeron processor with an eight-hour battery, two USB ports, up to 4GB of RAM and an industry-standard 16GB of local storage. According to a Lenovo rep, it's also possible the company will release a 3G model, though probably not in the US (sorry, dudes). Of the two, the non-touch model will arrive first -- sometime in June, we're told. That one will cost between $250 and $279, depending on how much RAM you get. The convertible version, meanwhile, will cost between $299 and $329, and will ship sometime in either late June or early July.

In this article: chromebook, chromebooks, chromeos, hands-on, lenovon20, lenovon20p
All products recommended by Engadget are selected by our editorial team, independent of our parent company. Some of our stories include affiliate links. If you buy something through one of these links, we may earn an affiliate commission.