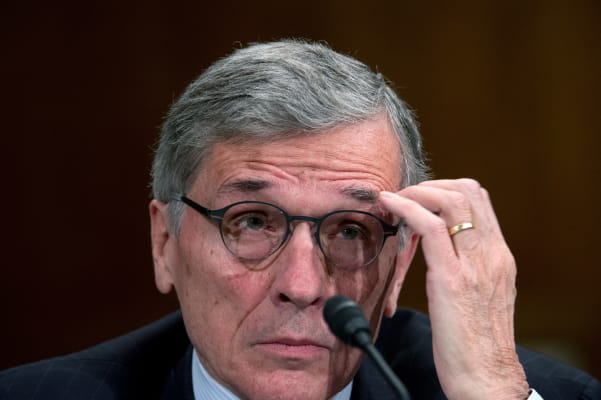 Despite FCC Chairman Tom Wheeler's insistence that he is on the side of an open internet, the controversy over proposed net neutrality rules continues to expand. Resistance to the new rules is now coming from voices within the FCC and major internet companies including Amazon, Google, Microsoft, Netflix, Yahoo and more. The plan was for the five commissioners to vote on their approval next Thursday, but today one of them, Jessica Rosenworcel, called to push back that vote by a month (update: an FCC spokesman says the vote will go forward as scheduled). Citing "real concerns" with Wheeler's proposal and a need for time to consider the "torrent of public response" received, she wants the delay so public conversation can continue. That would mean putting the agency's legal staff out front to explain the measures and answer questions in ways that are accessible to the public, instead of starting a Sunshine Period that would end the ability to accept public comment.

.@techMSS There were folks in front of the @FCC earlier today: pic.twitter.com/9QrWp4ZaLn

Comments from the public are getting noisier than ever also, as protesters were even marching in front of the FCC today. One of the other FCC commissioners, Mignon Clayburn, blogged about the concerns she expressed back in 2010 when the original rules were implemented, including prohibiting the controversial "pay for priority arrangements" completely.

At the same time, Gigaom points out that a number of internet companies have signed on to a letter (PDF) calling for the FCC to "protect users and Internet companies on both fixed and mobile platforms against blocking,discrimination, and paid prioritization and...make the market for Internet services more transparent." Names on the letter include over 100 internet companies including Amazon, Google, Microsoft, Yahoo, Facebook, Twitter, Level 3, Cogent and many others.

Update: According to FCC spokesman Neil Grace, the vote will proceed as scheduled. "Chairman Wheeler fully supports a robust public debate on how best to protect the Open Internet, which is why he intends to put forward his proposals for public comment next week. Moving forward will allow the American people to review and comment on the proposed plan without delay, and bring us one step closer to putting rules on the books to protect consumers and entrepreneurs online."

According to recent news reports, the Commission intends to propose rules that would enable phone and cable Internet service providers to discriminate both technically and financially against Internet companies and to impose new tolls on them. If these reports are correct, this represents a grave threat to the Internet.

Instead of permitting individualized bargaining and discrimination, the Commission's rules should protect users and Internet companies on both fixed and mobile platforms against blocking, discrimination, and paid prioritization, and should make the market for Internet services more transparent. The rules should provide certainty to all market participants and keep the costs of regulation low.

Such rules are essential for the future of the Internet. This Commission should take the necessary steps to ensure that the Internet remains an open platform for speech and commerce so that America continues to lead the world in technology markets.

Source: New America Letter to FCC, Jessica Rosenworcel, Mignon Clyburn, Gigaom
Coverage: The Hill
In this article: amazon, facebook, fcc, hdpostcross, jessicarosenworcel, microsoft, MignonClyburn, netflix, netneutrality
All products recommended by Engadget are selected by our editorial team, independent of our parent company. Some of our stories include affiliate links. If you buy something through one of these links, we may earn an affiliate commission.