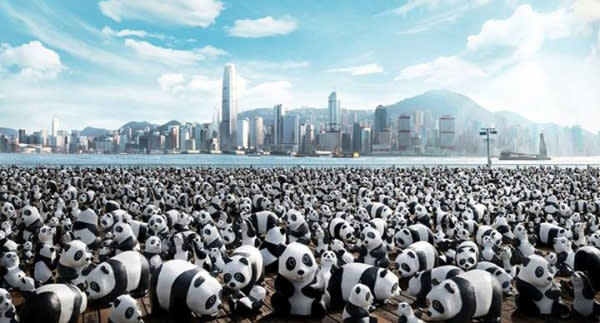 Climate change isn't some abstract future -- it's already here. And the federal government is finally acknowledging that. Last week, the White House issued a landmark 1,300-page report identifying climate change as a clear and imminent danger. The US government isn't the only body that's concerned about climate change; the United Nations Secretary General Ban Ki-moon is calling on countries around the world to take strong measures to reduce greenhouse gas emissions and fight global warming. In higher education, Stanford University is leading the charge, becoming the first major US university to divest from coal companies. It will take significant investment in alternative energy to reverse course, and several major projects are paving the way. An American energy company is planning to build a gigantic tower on the Arizona-Mexico border that could tap solar and wind resources to generate 500 megawatts of energy. And a Spanish island with 10,000 residents is planning to sever ties with the traditional power grid and move to 100 percent renewable energy, making it entirely energy independent.

Spain continues to be a leader in green transportation: Madrid is launching the first smart parking meter system that will charge drivers based on vehicle emissions. Beginning on July 1st, diesel and other high-emission vehicles will pay more to park. A team of university students in Canada has developed a bicycle that can warn you if a car is about to hit you. The bike's handlebars vibrate when it senses a nearby vehicle. Folding bikes have been around for quite a while, but here's one that's different from the rest: The amazing Sada Bicycle can fold down to the size of an umbrella. And in Bristol, artist Luke Jerram shut down an entire street for a day and transformed it into a massive water slide. About 100,000 people applied to be able to ride the slide, but only a few made the cut.

Billboards tend to pollute the visual landscape of cities, but a team of Peruvian students is seeking to transform them into giant air purifiers. The University of Engineering and Technology of Peru has developed new pollution-fighting billboards that can purify 100,000 cubic meters of air every day. In other green design news, architect Michelle Kaufmann and three ex-Google engineers have founded Flux, the first startup to spin out of Google X. Flux will merge big-data technology with the construction process to help architects and developers build energy-efficient, site-specific buildings at a fraction of the cost. Cannata Fernandes Architects has created the Self Sustained Module, a sleek, modern, prefabricated building that can be used for everything from emergency housing to a visitor center. And if you're looking for a truly rugged camper, look no further than Australia, where you'll find the UEV-440. This amazing off-road camper packs all the comforts of home -- including wine glasses and flat-screen TVs.

Artist Paulo Grangeon wanted to raise awareness for endangered species, so he did what any conservation-minded person would do -- he created 1,600 paper mâché pandas (roughly the current population of pandas around the world), and set them up in the streets of Hong Kong. 3D printing is all about streamlining the manufacturing process and eliminating waste, so the makeup industry (which produces a massive amount of waste) is a natural target. To deal with the problem, inventor Grace Choi has created a 3D printer that allows you to pick any color in the world and print it as eye shadow, blush or lip gloss. Animal protein is expensive, and producing it takes a heavy toll on the environment, but insects are much less resource-intensive. With that in mind, Icelandic design student Búi Bjarmar Aðalsteinsson has created a "Fly Factory" that produces everything from pâté to desserts from fly larvae. If bugs give you the creeps, here's another one for you to chew on: Super hearty microbes might be powerful enough to hitch a ride on a space shuttle and survive in outer space. Recent studies suggest that some bugs are so resilient that they could survive on Mars, and they might even fool scientists into thinking they were there all along.

In this article: eco, eco friendly, green, inhabitat, science
All products recommended by Engadget are selected by our editorial team, independent of our parent company. Some of our stories include affiliate links. If you buy something through one of these links, we may earn an affiliate commission.