Amazon strikes a global deal with Blumhouse for eight thrillers

Netflix will raise $2 billion to pay for more original content

Superhero epic 'Invincible' heads to Amazon as an animated series 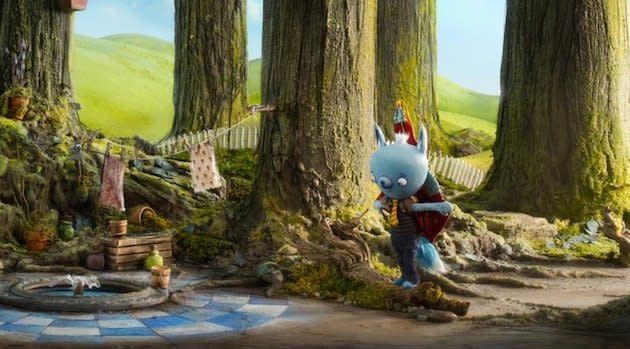 Over a year ago, Amazon Studios expanded its original content lineup and made a big push for kids programming with five pilot episodes. The company even sought help from children's entertainment experts like Angela Santomero, the creator of Blue's Clues, and the Jim Henson Company. Now, three of the studio's five original titles, Tumble Leaf, Annedroids and Creative Galaxy, are premiering exclusively on Prime Instant Video (meaning, you'll a Prime membership to watch them). The first six episodes of each show will debut before summer's end, following their respective launches on May 23rd, July 25th and June 27th. In total, that's only 18 episodes for the entire vacation season. But if your preschooler takes fancy, don't worry -- Amazon says there's more to come.

In this article: amazon studios, annedroids, children, creative galaxy, kids entertainment, tumble leaf
All products recommended by Engadget are selected by our editorial team, independent of our parent company. Some of our stories include affiliate links. If you buy something through one of these links, we may earn an affiliate commission.