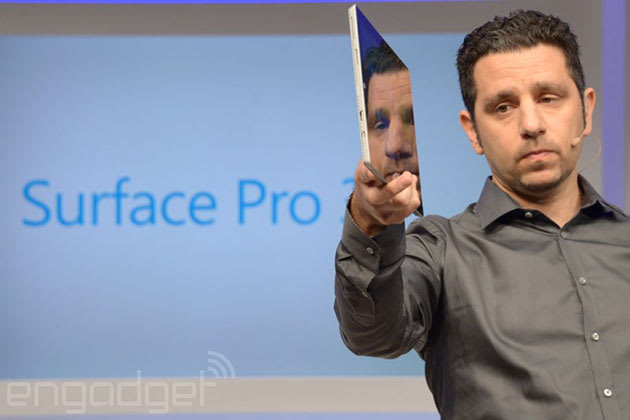 We'd surmise that a few folks were disappointed then Microsoft's Surface event concluded earlier today. Rumors swirled that the "small gathering" tease meant a more compact version of Redmond's tablet was imminent, but instead the festivities focused on a larger 12-inch pro model. Now, Bloomberg reports that a more compact model was on tap before being nixed ahead of its official debut. The report states that CEO Satya Nadella and EVP Stephen Elop concluded that the device didn't offer enough pizazz to differentiate it from the options that are currently on the market -- smaller Windows-powered slates from the likes of Dell and others. MS engineers had reportedly been working on the so-called Surface mini alongside Qualcomm for the better part of a year before the plug was pulled ahead of final approval.

Source: Bloomberg
In this article: microsoft, surface, surfacemini, tablet, tabletpc
All products recommended by Engadget are selected by our editorial team, independent of our parent company. Some of our stories include affiliate links. If you buy something through one of these links, we may earn an affiliate commission.