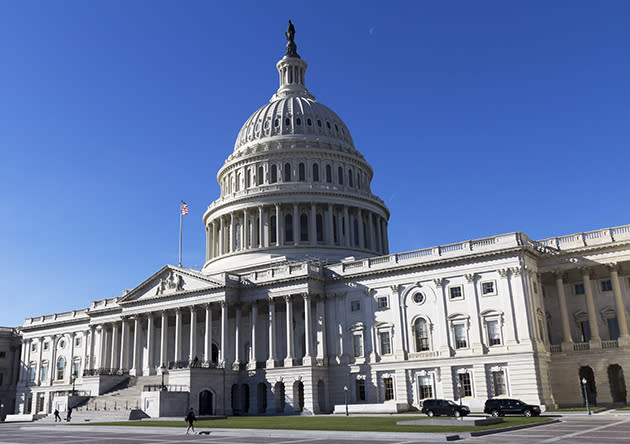 It's not exactly what privacy advocates and most tech companies wanted, but it's something. The USA Freedom Act has passed through the House of Representatives, but it didn't escape unscathed. While many of the main components survived, other elements were lost to amendments or dramatically altered. One of the most controversial changes from the bill that passed out of the Judiciary Committee was a broader definition of a "specific selection term," which is used by the NSA to define their data requests. The original language allowed the government to ask for records relating to a "person, entity or account." What was passed by a vote of 303 to 12 on the floor of the capital added "address, or device" to that list, leaving the scope for data request quite broad. Obviously the original version of the bill had a much more narrow definition, which has led many privacy advocates like the Electronic Frontier Foundation (EFF) and tech companies like Google to drop support for the bill as they feel it leaves too much room for abuse.

The amended bill would also put declassification reviews under the control of the Director of National Intelligence, instead of the Attorney General, ostensibly leaving the intelligence community to police itself. The level of detail that companies can share about data requests is also scaled back from what Wisconsin Republican Jim Sensenbrenner envisioned. The NSA is also allowed to collect material "about" a specific target, rather than just messages sent to or from the potential threat. These changes have left several early advocates of the bill feeling betrayed. The EFF said it was "dismayed" by the "gutted" bill that eventually cleared the House. While companies like Google and Facebook that supported the bill have now withdrawn support.

But the USA Freedom Act is not without its supporters. Many in the House, including Sensenbrenner himself, believe that this is a step in the right direction, no matter how small. While it likely won't end the bulk collection of data, it will limit the NSA's access to it. The databases will now be housed by the telephone companies for 18 months, rather than indefinitely by the government. The NSA will have to specifically request any information it wants and provide probable cause for the requests. That's a pretty dramatic shift from the current system that has the government collecting all the data it wants. Sensenbrenner acknowledged the issues but urged others to support the bill saying, "don't let the perfect become the enemy of the good." The bill also has the support of the White House, though that won't count for much among privacy advocates.

The USA Freedom Act will now go to the Senate where there is the possibility of more amendments. But if it passes there without significant modification, it's almost guaranteed to be signed into law by President Barack Obama.

In this article: breaking news, congress, house of representatives, NSA, privacy, surveillance, USA Freedom Act
All products recommended by Engadget are selected by our editorial team, independent of our parent company. Some of our stories include affiliate links. If you buy something through one of these links, we may earn an affiliate commission.