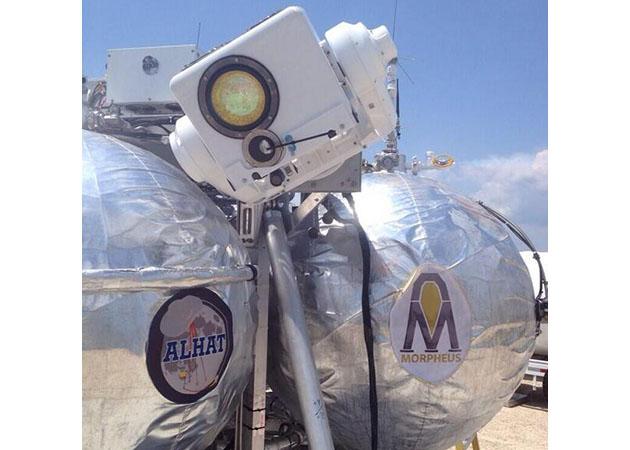 The brains behind the Morpheus lander have made significant progress since its ill-fated, but spectacularly fiery first voyage. But then, that's what makes rocket launches fun to watch: like a NASCAR race, anything can happen. This time, Morpheus is doing a completely autonomous free flight, with the entire series of planned maneuvers under computer control. If the weather holds, you'll be able to watch it via the UStream link below in half an hour or so, and hopefully it'll run as smoothly as the SpaceX Dragon launch did a few weeks ago.

Update: The test flight went flawlessly, and Morpheus returned to its pad. After the dust cleared, it had landed on a dime. Miss the live feed? There should be a highlight video available a little later, we'll let you know once it's posted.

Update 2: Kennedy Space Center has posted a video of the test, watch the lander pick out a spot and return safely to the Earth after the break.

Broadcast live streaming video on Ustream
In this article: Lander, live, livestream, Morpheus, NASA, rocket, Test, video
All products recommended by Engadget are selected by our editorial team, independent of our parent company. Some of our stories include affiliate links. If you buy something through one of these links, we may earn an affiliate commission.