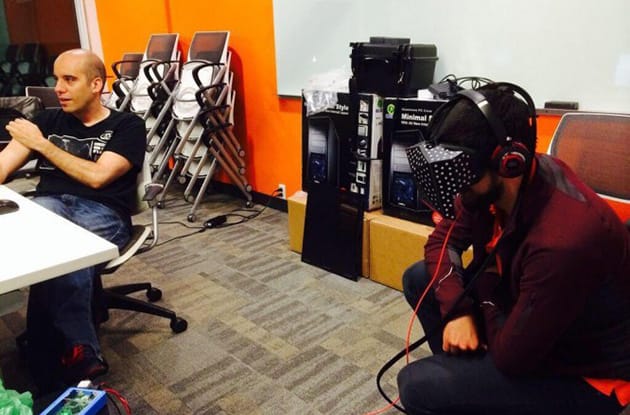 We're pretty excited about Valve getting into the virtual reality game. What we weren't excited about, was the cumbersome solution used by the original prototype to track head movement. Basically it required you sit in a special room painted with QR codes since cameras mounted directly on the unit were used to track your movement. The latest edition, which made a brief appearance at Boston VR Bender, has dots all over it that presumably are tracked by an external, just like the Crystal Cove prototype demoed by Oculus Rift at CES earlier this year. This model is also a little more polished looking, with much fewer exposed components hanging off of it. It's still not ready for prime time, but at least now it's a self contained system that can be moved from place to place.

Source: Road to VR, Reddit
In this article: hdpostcross, valve, virtual reality, vr
All products recommended by Engadget are selected by our editorial team, independent of our parent company. Some of our stories include affiliate links. If you buy something through one of these links, we may earn an affiliate commission.