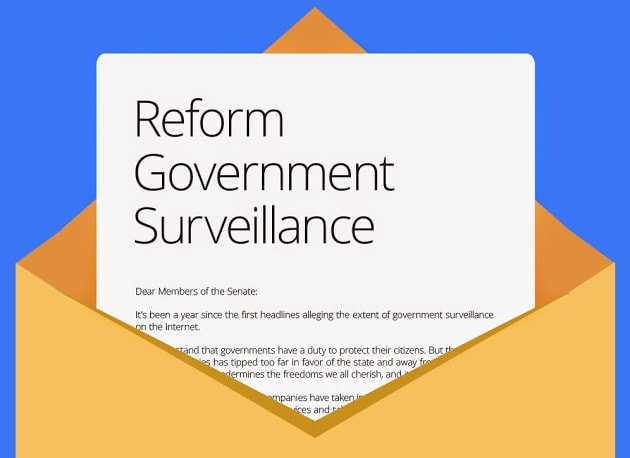 The CEOs of AOL, Apple, Dropbox, Facebook, Google, LinkedIn, Microsoft, Twitter and Yahoo! all agree: more needs to be done to reform the government's snooping capabilities. That's the thrust of a letter that appeared online yesterday, anyway. Though the list of signatories contains a handful of rivals, all of them agree that the version of the USA Freedom Act that recently passed through the US House of Representatives still sucks and that the US Senate needs to fix it.

Why? Well, it was originally meant to stop the NSA's bulk collection of metadata (like who emailed you or when you called someone) outright, but some (including the nine companies who issued the letter) believe the version of the act that passed was watered down to the point where it could easily be exploited. Naturally, there's still a raging debate on just how valuable and safe that bulk collection actually is. The undersigned nine also call for greater transparency when it comes to user data requests it receives from the government, though that's not a surprise considering how frequently they already bring up the issue. Just take a peek at, say, Facebook's most recent transparency report -- you'll find that the social giant received between 0 and 999 national security requests for data. Painting in strokes that broad is unsatisfying at best and obscurantist at worse, which is why companies like Twitter are weighing legal options to push for more specificity.

Source: Reform Government Surveillance
In this article: aol, apple, dropbox, google, microsoft, nsa, surveillance, twitter, yahoo
All products recommended by Engadget are selected by our editorial team, independent of our parent company. Some of our stories include affiliate links. If you buy something through one of these links, we may earn an affiliate commission.