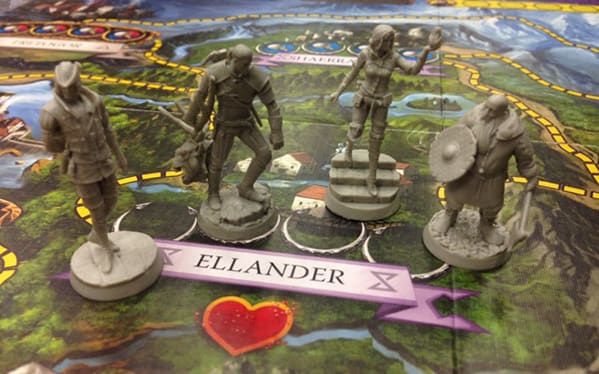 From hit fantasy novel, to PC game, to board game and now back to the PC, CD Projekt RED has revealed plans to translate dark fantasy epic The Witcher from cardboard maps and dice to the electronic climes of your home computer.

Available for cross-play on either Steam or the newly-revealed GOG Galaxy, the Witcher Adventure Game is slated to make its official debut on both PC and Mac later this year. However, CD Projekt RED is currently accepting applications for beta testing via the newly-revealed GOG Galaxy distribution system. If you pay a visit to gog.com/galaxy, you can add your name to the list of prospective testers. Those who also pre-order The Witcher 3: The Wild Hunt will be granted two beta keys, instead of one.
[Image: Joystiq] 8
In this article: board-game, cd-projekt-red, mac, pc, the-witcher, the-witcher-3, witcher-adventure-game
All products recommended by Engadget are selected by our editorial team, independent of our parent company. Some of our stories include affiliate links. If you buy something through one of these links, we may earn an affiliate commission.