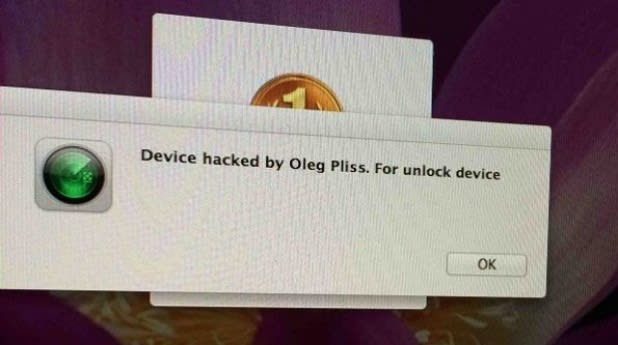 The individuals behind the recent ransomware attack on iOS users in Australia were recently apprehended in Russia, according to a report published today in The Sydney Morning Herald. Two perpetrators were found to be involved in the attack, one aged 17 and the other aged 23.

About two weeks ago, you might recall that the perpetrators began sending "Find My iPhone" messages to iOS and Mac users alerting them to the fact that their devices had been "hacked by Oleg Pliss." To remedy the situation, affected users were instructed to transfer varying amounts of money to an assigned PayPal account.

In the wake of the ransomware attacks, Apple issued a statement expressing that iCloud had not been compromised. As many folks previously believed, the hackers involved relied on phishing techniques in order to steal user credentials.

In announcing the hackers had been detained, the Ministry of Internal Affairs said its Interior Ministry had successfully "stopped the activities of the group of persons involved in the blocking of Apple devices to extort funds". It said the hackers used two "well-established" schemes to conduct their activities.

"The first was to gain access to the Apple ID of a victim's account by creating phishing pages, [gaining] unauthorised access to email, or using social engineering techniques," Russia's Ministry of Internal Affairs said. "The second scheme was aimed at binding ... devices to a pre-arranged account."

As a general safety reminder, remember that it's always important to avoid using the same login credentials across multiple web services.

In this article: find my iphone, hacking, IOS, news, security
All products recommended by Engadget are selected by our editorial team, independent of our parent company. Some of our stories include affiliate links. If you buy something through one of these links, we may earn an affiliate commission.