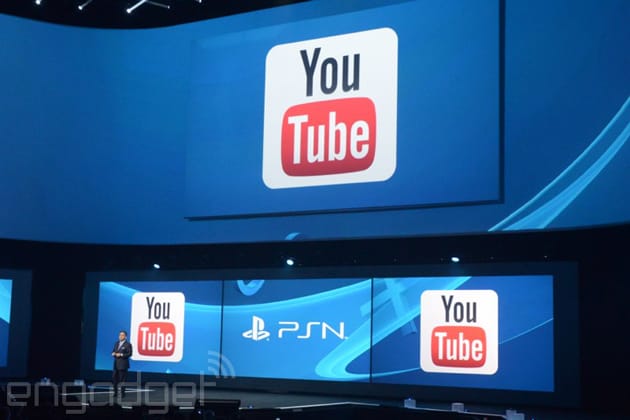 Sony Computer Entertainment's new head, Shawn Layden, confirmed that YouTube is on its way to the PlayStation 4 this fall. Layden tossed out a few stats about the PS4's social reach with gamers, citing the over 95 percent of PSN-connected consoles and heavy use of the DualShock 4's Share button -- it's been pressed over 220 million times. To enhance the ease with which gamers can share via social, the dedicated YouTube app will allow for easy video uploads with a click of the Share button. If you prefer to watch, then that's alright too, since the app will be just like the one launched on PS3 that lets you easily browse videos and channels. Layden also followed up on last year's promise that PS4 gamers would be able to join a friend's broadcast session, saying that interactive ability will be added to PS4 soon.

In this article: e32014, hdpostcross, ps4, sharing, social, Sony, youtube
All products recommended by Engadget are selected by our editorial team, independent of our parent company. Some of our stories include affiliate links. If you buy something through one of these links, we may earn an affiliate commission.