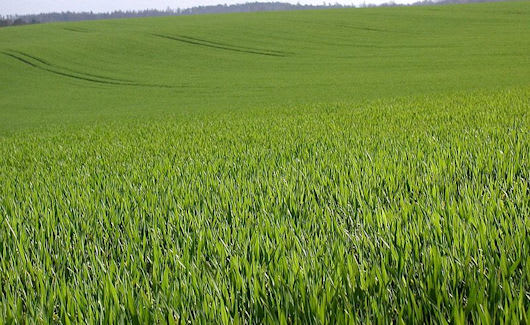 My first trip to Ultima Online's Green Acres was in 1998. The first guild I'd ever joined had just split up into a bunch of... let's call them "philosophically incompatible" groups, and I was still hanging out with some of the shadier types because I was a clueless teenager in my first MMO and wanted desperately to fit in and hadn't yet figured out where I belonged.

"Hit this rune," my new guild leader commanded. His favorite murderin' weapon was a poisoned warfork. He was not a nice man. "I'm being evicted from my safehouse in Green Acres. Help me move my crap."

Green Acres, I soon learned, was the colloquial name for the bright and green underworld of the game I'd been playing for months, an underworld I didn't know existed. Most players probably never did. I'd bet most of you old school Ultima Online players have never heard of it, and fewer still ever visited. See, the game's playable map was only a small portion of the accessible game world; the undeveloped space was a vast and empty sprawl of green grass that went on for tiles and tiles. That endless plain of isometric grass was Green Acres.

I don't know how the first player got there. Initially, only gamemasters and their ilk should have had access. There were certainly cracks in the seams of the world that allowed players to sneak into (or fall into) other inaccessible locations, like the caves beneath Buccaneer's Den, so that's one possibility. But I suspect a gamemaster or counselor just marked a rune once for his buddy, and that player marked more and spread them around, until every minor crimelord on every server had one and hundreds of players could easily port there.

"Evicted?" I asked him. Eviction was not really a thing in the game. Even a relative newbie like I was knew that.

"Yeah," he typed to me in IRC because the game didn't have global chat. "A GM found my house in Green Acres, and he's given me 24 hours to move my loot before he condemns my house. Help me move my junk. I'll give you a box of reggies." He didn't mention that the reggies (aka reagents, then required for spellcasting) were looted from the corpses of his murdered victims, but I knew.

And that's how I ended up with my own rune to Green Acres and how I met the friendly GM who was standing outside my guild leader's illegal two-story stone-and-plaster house, patiently making conversation as we all carted crates and chests full of magic gear to our legal guild base. Why my guild leader wasn't just banned, I have no idea. I don't know why that GM let us mark runes to help, either. By the time I sold my original account, I'd amassed dozens of runes to such illegal or seemingly inaccessible locations and secret spots, but the rune to Green Acres stopped working, perhaps because expansions had developed the area, or perhaps because the devs finally figured out how to stop us from going. 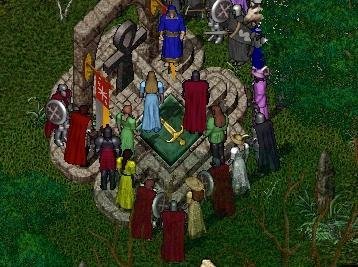 Green Acres isn't really the point, though. As a dead place in an ancient MMO most of you never played, it's barely a footnote on Google. It's what it represents that I want to talk about because what it represents is missing from modern MMOs. The game was new and messy and organic. The pervasiveness of the bugs and the lack of enforcement on top of the open PvP and thievery and resultant and ever-escalating guild conflict created a game in which cheating was rampant and almost expected. The legal and illegal lawlessness made players feel like cowboys and ninjas trying to see what they could get away with, whether they were feeding coins to trapped beggar NPCs to work off Dread Lord titles, using exploits to break into rival gang houses, or sticking a rock on their keyboard to macro up their hiding skill while they slept.

Modern AAA MMORPGs seldom feel this way; most are far more polished than UO ever was, and when you stumble into an exploit, you are expected to turn yourself in to the nearest adult or else. But even those modern MMOs plagued by cheating and exploits lack that vibe because there is another layer to classic MMOs, a layer that will always make the classics feel more like a sweaty renaissance faire than a sterile Disney themepark: the approachably grassroots feel of the in-game staff. Some of the GMs and counselors were totally corrupt, make no mistake. Counselors were just players in swanky robes, after all, appointed to help newbies and officiate roleplaying events. But you saw them. There were several in my guild alone. One's marrying off that same hardcore-PK guild leader in the wedding pic above (I'm the lower-most lady wearing cream). EGMs (event gamemasters) had their role too, customizing player-run cities and taverns and running roleplaying events. Anyone remember Kazola's on Great Lakes? That was my favorite haunt. And I owned the EGM-decorated healer's shop on Marble Island for a few years, too. I was no one special at all, and yet the staff made players feel special all the same.

These employees were a presence inside the game that made it feel more like a tabletop session where you knew the people running the behind-the-scenes and suspected they might be convinced to adopt some house rules in your favor. The staffers weren't just invisible gods. Think about it: When was the last time you saw a gamemaster in an MMO? Not just harried tells or a form mail from an underpaid customer service rep, but an actual GM in the pixelflesh?

I'm not going to argue that a game full of cheating and corruption is preferable to a heavily policed and fair game because on those counts alone, it's certainly not. But over the last almost-17 years, we've watched and lamented as player input has shifted from the gameplay side to the development side -- from organic, in-game interactions to external game forums and now to impersonal pay-to-give-feedback crowdfunding schemes. In losing Green Acres and the gaming environment it represented to the decay of time, we lost a lot more than a patch of digital grass: We lost a fertile valley of creativity and camaraderie that bound players and staff and designers together and fostered the communities, with their good and their bad, that so many of our MMORPGs desperately miss today.

The MMORPG genre might be "working as intended," but that doesn't mean it can't be so much more. Join Massively Editor-in-Chief Bree Royce every other Friday in her Working As Intended column for editorials about and meanderings through MMO design, ancient history, and wishful thinking. Armchair not included.

Source: Top image credit
In this article: broadsword, broadsword-online-games, cheat, cheating, classic-mmo, ea, editorial, electronic-arts, exploit, exploits, fantasy, featured, green-acres, guild, guilds, mark-and-recall, mythic, mythic-entertainment, op-ed, opinion, rant, rants, recall, rune, sandbox, secret-places, ultima, ultima online, uo, working-as-intended
All products recommended by Engadget are selected by our editorial team, independent of our parent company. Some of our stories include affiliate links. If you buy something through one of these links, we may earn an affiliate commission.