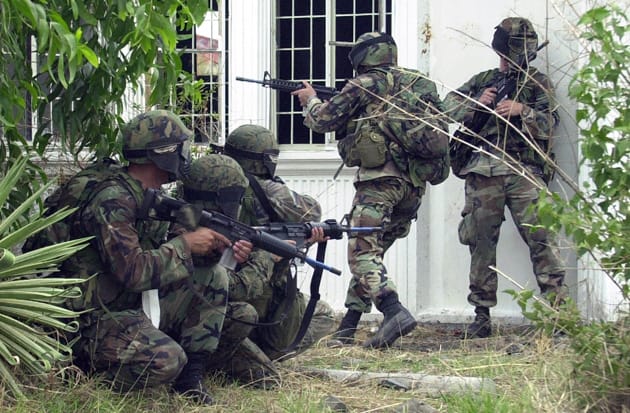 Many soldiers dream of having instant cover on the battlefield, and it looks like they might just get their wish. DARPA is soliciting proposals for BlockADE (Block Access to Deny Entry), a system that would automatically form a barrier from material stuffed into a canister 1ft by 6.5ft or smaller. If US troops needed to block off an entrance or create a makeshift building, all they'd have to do is hit a button -- much more effective than sandbagging or pitching a tent, we'd say.

At the least, DARPA wants BlockADE designs to slow down intruders with axes or saws. However, the agency is also looking for as many extra features as it can get, including "ballistic resistance;" ideally, soldiers could take cover behind the insta-wall in case of a firefight. There's no certainty that this will happen, mind you. DARPA is likely many months away from seeing what prototypes can do, let alone a finished system. Even if the resulting technology isn't bulletproof, though, it could be extremely useful for creating impromptu bases, perimeters and disaster shelters.

Via: io9, The Verge
Source: FedBizOpps.gov
In this article: army, barrier, blockade, cover, darpa, military, soldiers, wall, wargadget
All products recommended by Engadget are selected by our editorial team, independent of our parent company. Some of our stories include affiliate links. If you buy something through one of these links, we may earn an affiliate commission.