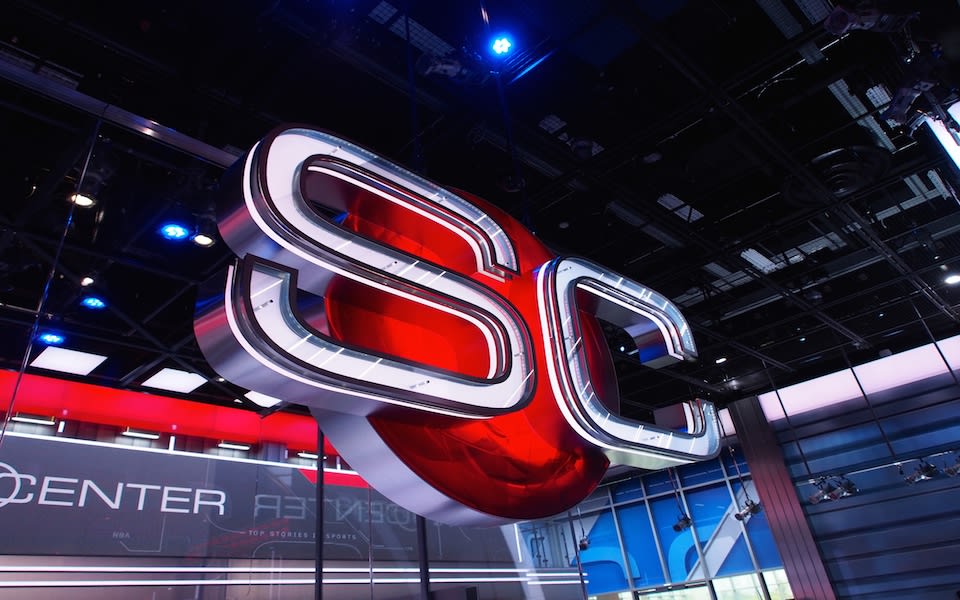 After breaking ground on it more than two years ago, ESPN is finally ready to show viewers the Digital Center 2. In the 194,000-square foot building, located at its Bristol, Connecticut, campus, the sports media giant plans to have a total of five studios, one of which is now officially the new home of SportsCenter. As part of the move, the popular up-to-the-minute news show will be waving goodbye to the old Digital Center 1, a 10-year-old, 120,000-square foot space that has been its home for the past few years. "DC-1 was opened 10 years ago; we were only built for [broadcasting] four to five hours a day. Now we're doing like 17 hours," Rob King, senior vice president at ESPN, told Engadget. "It's been seven years in the making; DC-2 was built to be future-proof." With this in mind, King says the new building is prepared to handle the next wave of technology, whether that be producing content in 4K and 8K, or doing things like adapting shows to be interactive with social media.

"We see this studio as giving us more opportunities to do different things. The look and feel of each show will be different."

And, also thanks to DC-2, ESPN's set to broadcast shows filmed there in 1080p instead of 720p, which the company states is only the beginning of a new era: "The facility is format agnostic ... and can handle all existing media formats and future industry standards capable of carrying data/signals at various rates, that haven't been adopted by the television industry yet." Aside from SportsCenter, Digital Center 2 will be host to the main studio for NFL shows, though that particular space is still a work in progress and won't be complete until the fall. "We see this studio as giving us more opportunities to do different things. The look and feel of each show will be different," King stated. 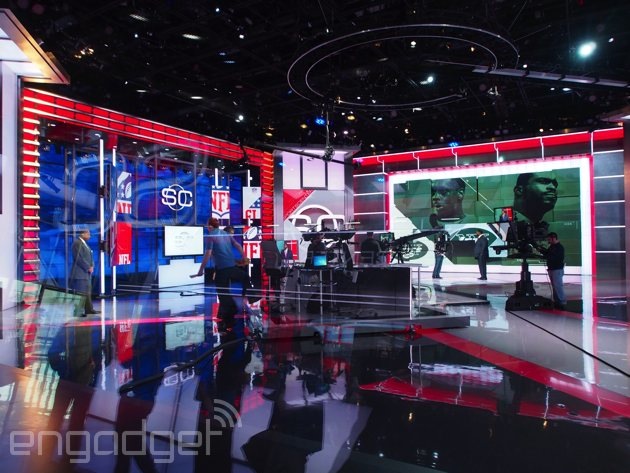 "We want to present information, but it's about doing it in a dynamic way."

To give you an example of the sheer magnitude of the newly minted place, ESPN went from having 15 screens total inside Digital Center 1 to 115 in Digital Center 2. That includes a video floor that anchors can interact with; two vertical touchscreens capable of moving around the studio; and a set of 56 screens as the main attraction, which was initially known as "Project Loom" and eventually turned into "The North Wall." One of the reasons to have so many monitors around was to give the on-air talent more room for creativity: "The DC2 set is very important to make our talent interact better with the viewers," King said. "We want to present information, but it's about doing it in a dynamic way. Getting those personalities into the show is a huge part of what we are trying to achieve with this," Jeff Schaetzel, ESPN's senior coordinating director, added. There's no doubt ESPN is using Digital Center 2 as a stepping stone into the future, which ultimately should provide a better experience for you, the sports fan. As King puts it, "The sky is the limit once DC-2 opens. It has changed the way everyone does their job. We are perfectionists; we want to make great shows."

In this article: Digital Center, Digital Center 2, ESPN, hands-on, hdpostcross, Sports, SportsCenter
All products recommended by Engadget are selected by our editorial team, independent of our parent company. Some of our stories include affiliate links. If you buy something through one of these links, we may earn an affiliate commission.