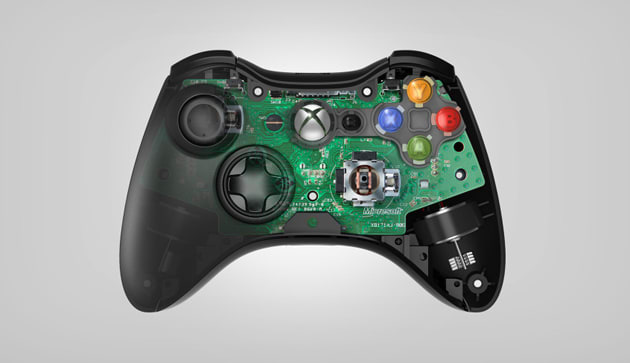 Just six months ago, we were talking about the money Oculus VR was raising from investors to get its virtual reality headset to consumers. Now, after being purchased by Facebook earlier this year, Oculus VR is making full-on acquisitions of its own: The company behind the design of the Xbox 360 gamepad and the original Kinect, Carbon Design, is joining Oculus VR. The price of the purchase wasn't given, though a few specifics were. First, Carbon "will officially become a key component of the product engineering group at Oculus," which to us sounds like the end of the name "Carbon Design." That doesn't mean Carbon -- a Seattle group -- is moving to Oculus VR's Irvine, California, headquarters, though -- the design team is set to stay in Seattle and work with Oculus' R&D group in Redmond (headed up by ex-Valve VR man Michael Abrash).

Though the deal is fresh, Oculus says its collaboration with Carbon isn't. "We've been working with Carbon for nearly a year," the announcement says. Working on what, though? On "multiple unannounced projects," apparently. Thus far, Oculus VR has only announced its Rift headset and, with that, there's no release date (or even a window) in sight.

When we asked the company about other hardware projects at E3 2014, we were told that others exist, but there's nothing to talk about just yet. See the full interview for yourself below.

Source: Oculus VR
In this article: carbondesign, microsoft, oculusrift, oculusvr, video
All products recommended by Engadget are selected by our editorial team, independent of our parent company. Some of our stories include affiliate links. If you buy something through one of these links, we may earn an affiliate commission.