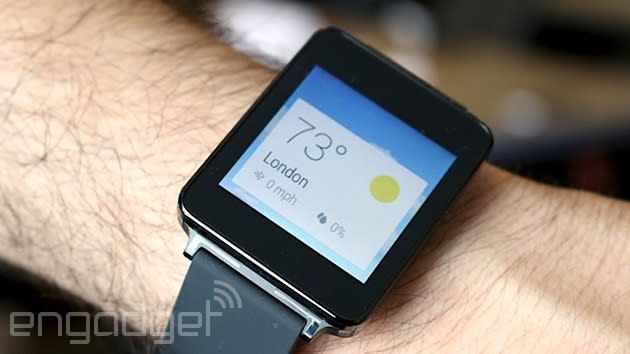 If the first crop of Android Wear smartwatches falls just outside of your price range, don't fret -- ASUS may soon come to your rescue. TechCrunch claims that the Taiwanese firm is developing Google-powered wristwear with a target price between $99 and $149, or at least $50 less than LG's relatively frugal G Watch. There's no mention of what if anything would make this wearable truly special, but it would have an AMOLED screen like that in Samsung's Gear Live. ASUS had also hinted that it could use gesture controls in a smartwatch on top of the usual taps and swipes. The device would show up in September (possibly around Europe's IFA tech expo) if the scoop is accurate, so it won't be long before you find out whether or not an affordable Android timepiece is in your future.

Source: TechCrunch
In this article: android, androidwear, asus, smartwatch, watch, wearable
All products recommended by Engadget are selected by our editorial team, independent of our parent company. Some of our stories include affiliate links. If you buy something through one of these links, we may earn an affiliate commission.