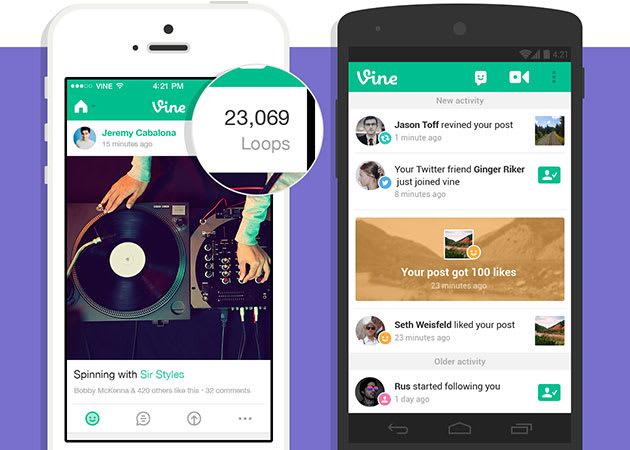 Until now, Vine's stats only indicated likes and revines for those carefully crafted six-second masterpieces. With an update rolling out today, Twitter's video app tacks on a real-time loop count tallying plays across both mobile and embedded footage on the web. There's also a redesigned feed with larger videos and polished likes and comments. In the activity tab, new items are easily recognizable alongside the older stuff, and notifications are now included for post milestones (100 likes, for example). The new version is headed to both Google Play and iTunes, so both Android and iOS users will be able to snag the latest.

Source: Vine
In this article: app, mobilepostcross, software, update, video, vine
All products recommended by Engadget are selected by our editorial team, independent of our parent company. Some of our stories include affiliate links. If you buy something through one of these links, we may earn an affiliate commission.