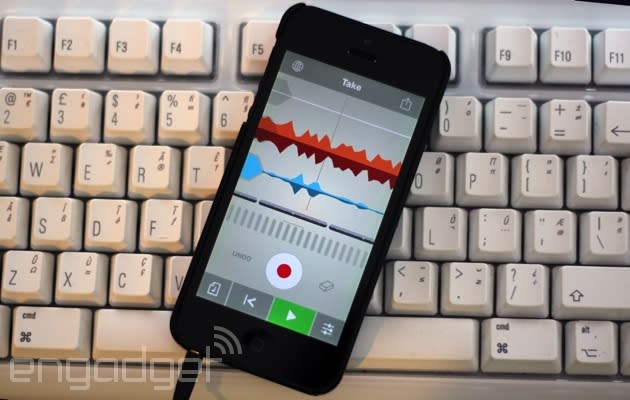 If you saw Reggie Watts' musical set at Engadget Expand (don't worry, there's video after the break), then you probably noticed the table full of gear he needs to construct his loops. Propellerhead -- the Swedish software company behind Reason, not the electronica duo -- is hoping to lighten this load with Take, a creative vocal loop recorder that's being given away free to iPhone users. The interface is reasonably simple, offering you a wide variety of pre-made backing loops as well as three tracks that you can rap, sing or otherwise make noise on. It's tremendously easy to use, but it won't compensate for your lack of musical talent, which is why we won't be sharing our ham-fisted efforts with you.

In this article: App, apple, Creative Vocal Recorder, Loop, Loops, Propellerhead, Reggie Watts, Take, video, Vocal Recorder
All products recommended by Engadget are selected by our editorial team, independent of our parent company. Some of our stories include affiliate links. If you buy something through one of these links, we may earn an affiliate commission.