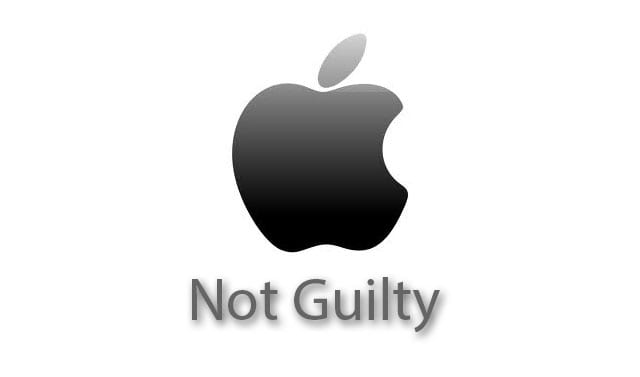 The patent infringement lawsuit began in 2010, when a Israel-based company called Emblaze went after Apple. The patent in question related to real-time broadcasting and Emblaze claimed that Apple was using the technology without a license.

Friday, according to Bloomberg News, a jury swiftly rendered a "not guilty" verdict.

The jury found that the preponderance of evidence didn't prove that Apple infringed on the Emblaze patent. Apple attorney Mark Fowler told the jury that Emblaze was an example of a failed company that targeted Apple due to its success.

The case was heard in U.S. District Court for the Northern District of California in San Jose, California. The trial began on July 1.

In this article: apple legal, Emblaze, iOS, iPhone, lawsuits, legal, news, patent infringement, video-streaming
All products recommended by Engadget are selected by our editorial team, independent of our parent company. Some of our stories include affiliate links. If you buy something through one of these links, we may earn an affiliate commission.