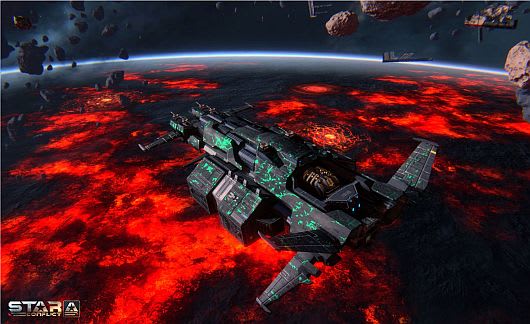 Gaijin Entertainment's Star Conflict was updated recently with a new Invasion and Observer mode, as well as several UI and bug fixes as the game continues its beta testing (but is technically launched on Steam) this month.

The space-based MMO's Invasion mode is described as a PvE and PvP game feature that allows players to join up against alien invaders. This includes quests, resource gathering, and crafting to work toward certain goals. Be sure to check out the video embedded after the cut below as well as the official patch notes for more information.

[Thanks to Simon for the tip!]

Source: Dev Diary
Coverage: Official Site
In this article: gaijin-entertainment, invasion-mode, observer, patch, sci-fi, space, spectator, star-conflict
All products recommended by Engadget are selected by our editorial team, independent of our parent company. Some of our stories include affiliate links. If you buy something through one of these links, we may earn an affiliate commission.