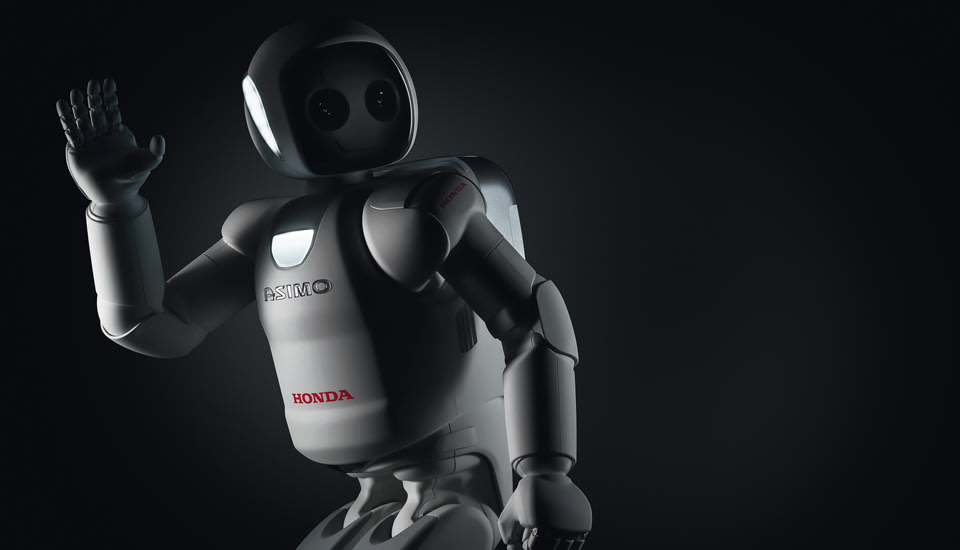 Honda's been working on its ASIMO robot for the better part of two decades, but only now is it finally beginning to look like a useful project. The latest version of the droid, similar to the one we saw two years ago, comes with a raft of physical improvements, including new legs that'll cope with uneven terrain, walk backwards and even run at speeds of nearly six miles an hour. Then there are the redesigned hands, which now have 13 degrees of freedom, enabling the 'bot to hold and manipulate objects without crushing or dropping them.

It's not just physical improvements either, since Honda has also been working hard on ASIMO's artificial intelligence. For instance, the machine can walk around without the aid of an operator, and can observe human behavior and predict the outcome. That means that if ASIMO sees someone hurtling down the corridor, it can work out that it needs to move out of the way. The droid is also capable of picking out multiple voices and faces from crowds and identifying multiple voices when they're all talking at once. Even more impressively, however, is that the automaton can even communicate in sign language thanks, in part, to those redesigned hands. The only question that remains, of course, is if we'd take one of these over SoftBank's Pepper? We know that the rival device is nowhere near as useful, but you have to admit, it is a lot cuter.

Via: Pocket-lint
Source: Honda
In this article: ASIMO, Honda, Japan, Robot, Update, video
All products recommended by Engadget are selected by our editorial team, independent of our parent company. Some of our stories include affiliate links. If you buy something through one of these links, we may earn an affiliate commission.