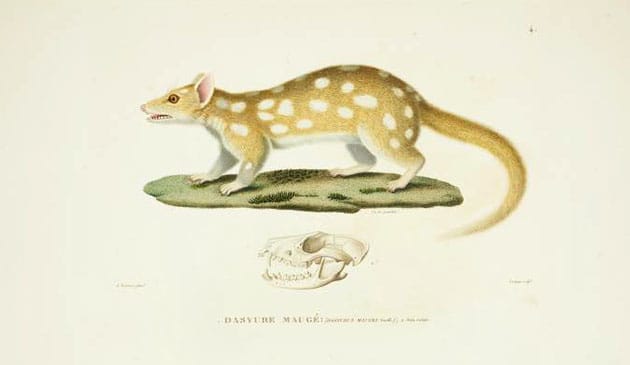 Charles Darwin's Galapagos expedition is one of the most famous scientific voyages in history and now you can see how he fed his mind aboard the Beagle. Darwin Online, which houses the world's largest Darwin collection, has now published (in PDF format) what it believes to be all 404 books that Darwin had access to on the ship's library. They comprise some 195,000 pages with 5,000 corresponding illustrations in French, English and Spanish from encyclopedias, history books, literature and even a racy Spanish novel. Darwin called his years aboard the Beagle a crucial a period that helped him create his seminal theory of evolution, On the Origin of Species. Though you may not have as much time as Darwin did on the infamously long trip, it's worth a look just for the spectacular hand-drawn illustrations.

Via: The Guardian
Source: Darwin Online
In this article: beagle, books, darwin, DarwinOnline, evolution, illustrations
All products recommended by Engadget are selected by our editorial team, independent of our parent company. Some of our stories include affiliate links. If you buy something through one of these links, we may earn an affiliate commission.