Three customers will soon get free WiFi on the Tube 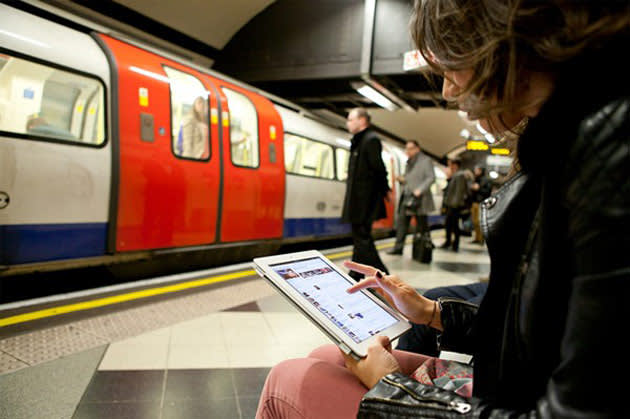 After installing WiFi throughout the London underground and allowing free access during the 2012 Olympics and well beyond, Virgin Media eventually began charging for the service to recoup some of the investment. EE and Vodafone struck a deal to keep it free for their mobile customers before that solemn day even arrived, and O2 followed suit before too long. Apparently, Three didn't fancy jumping on the bandwagon then, but has just announced its patrons will be able to enjoy the same level of complementary connectivity by the end of the July. In early August, Three also plans to launch a new app called InTouch that'll allow you to call and text over WiFi (O2's Tu Go app lets you do the same), making even Tube platforms a stage for your loud and witty banter.

Via: T3, TechRadar
Source: Three
In this article: intouch, LondonUnderground, three, threeintouch, transportation, tube, tubewifi, virgin, virginmedia, wifi, wificalling
All products recommended by Engadget are selected by our editorial team, independent of our parent company. Some of our stories include affiliate links. If you buy something through one of these links, we may earn an affiliate commission.