Though EVE Online is often lauded for its rich decade-long player history full of wars and complex political dealings, the NPC storyline and New Eden's ancient backstory have always held my fascination. I started playing in early 2004 after reading dozens of fiction chronicles and mock scientific articles on the EVE website that painted the picture of a real living universe where incredible things could happen. Sure enough, my first years of play were punctuated with compelling live events and storyline arcs like the Crielere research project that led to the development of cloaking devices, the theft of a Federation Navy titan by Serpentis pirates, and the Blood Raiders taking over Delve.

CCP has frequently stated that its goal with EVE is to create the ultimate sci-fi simulator, and the core of a compelling sci-fi setting is a living universe that grows and changes. The best sci-fi TV shows are those with a constant cycle of revealing compelling mysteries and then solving them and of encountering escalating challenges to be overcome. EVE has done this extremely well a few times in its life, such as with the release of wormholes or when the Sansha incursions events were kicking off, and each time the concurrent player numbers have spiked. Guild Wars 2 has shown the power of an evolving living storyline to get people into the game and keep them actively playing in the long term, something that should be the norm for MMOs and that EVE Online could take much greater advantage of.

In this edition of EVE Evolved, I look at some of the big NPC mysteries revealed in EVE Online's decade-long history and ask why they were abandoned and where they could go now. 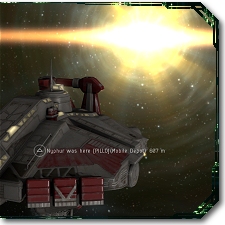 Perhaps the most compelling mystery in EVE is the collapse of the EVE Gate in the New Eden star system. In EVE's ancient history, this system was once the home to a natural wormhole originating in the Milky Way galaxy and through which humanity colonised the new star cluster. When the wormhole unexpectedly collapsed, all the empires except for the Jove fell into a dark age, and it was hundreds of years before space travel was re-discovered. All that's left there is a giant bright gravitational anomaly that's probably just painted on the skybox, but there's something about this system that has always grabbed people's imaginations.

Thousands of players have made the long and dangerous pilgrimage to the New Eden system to see the site of the ancient wormhole to Earth, and many choose to anchor secure containers with messages on them as close to the collapsed wormhole as possible. Some of those messages were obliterated long ago by players or as part of database cleanups, but people still come to leave their marks here today. CCP hasn't done anything with the system in all this time, and that seems like a missed opportunity. We know that the Sisters of EVE have been doing research on the EVE Gate despite the harmful radiation present closer to the anomaly, so why not have an update that lets us join in the investigation and solve some of the mysteries surrounding the EVE Gate's collapse? 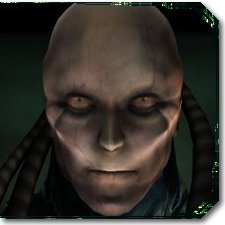 EVE's backstory is filled with similar mysteries that the developers could have been exploring with us over the years, each one a missed opportunity to engage the masses in something other than emergent violence. The Gallente, Amarr, Caldari and Minmatar empires arose from just a few partially terraformed planets that survived the collapse of the EVE gate and eventually rediscovered space travel, but they weren't the only colonised worlds. The Jovian Empire survived the collapse of the EVE Gate relatively unscathed thanks to its genetically modified populace and now inhabits a corner of the EVE universe that's cut off from the other empires.

It's been years since CCP has directly advanced the Jovian Empire storyline, but we got a small glimpse into the state of their empire in 2010 when the Sansha incursion storyline kicked off. We learned that Sansha's Nation had somehow gained the ability to control wormholes and that they'd even managed to steal a Jovian space station and move it into their wormhole base. Speculation ran rampant within the community: Have the Jove finally been wiped out by the dreaded Jovian Disease? Will Sansha's Nation manage to conquer Jove space and reverse engineer advanced Jovian technology? Could a wormhole corp accidentally happen across the Sansha stronghold system? And could we be on the brink of Jove space opening up thanks to wormholes? Four years later and those mysteries remain unsolved. The Sansha and Jove stories haven't progressed at all, and people seem to have lost interest in their lore. 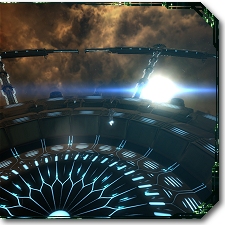 You've probably read about the Sleeper menace that lives inside wormholes or have even ventured into a wormhole and seen them for yourself. What you might not know is that the Sleepers are just one of four ancient civilizations from the time of the EVE Gate's collapse. The Takmahl, Talocan, and Yan Jung also immigrated to the New Eden cluster through the EVE Gate, and archaeological remnants of their societies can be found in the COSMOS constellations located throughout EVE. These constellations were added in 2005 as quest hubs with some very nice rewards, but it was the story of the ancient civilisations that really drew me in.

CCP advanced the Sleeper storyline in 2009 when Sleeper ships and structures showed up in hidden star systems accessible through wormholes, and we got a glimpse of both their incredible power and what happened to their empire. That revelation led to further questions about whether the Sleeper AI went rogue and annexed the ancient empires and whether anyone might still be alive after all these centuries. There are even several wormhole sites with biological containment areas and huge medical devices, hinting that the Takmahl also colonised the void with their advanced bio-engineered ships and that this could be the next big reveal for EVE. Five years on, that storyline is largely dead in the water and we're left none the wiser. 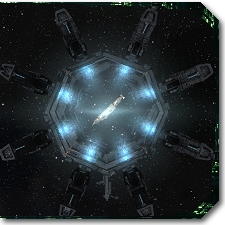 A lot of attention has been paid to EVE's average concurrent player numbers over the past few years as it emerged that levels have flatlined despite reported year-on-year subscription increases. The upward trends on those graphs seem to correlate well with large-scale wars but also with live events, active advancement of the core game storyline, and epic story trailers. Apocrypha was hands-down the best expansion in EVE's history, and even the content-light Incursion expansion outperformed all expectations. Both of them had compelling hooks in the form of new mysteries for players to solve and new lore to piece together, and I don't think that's a coincidence.

The evidence would seem to suggest that EVE would benefit greatly from a more actively pursued living storyline to bump up participation numbers. The big attraction of EVE is in taking part in these epic moments, being able to say you were there, and talking about them years later with others who were present. But while a lot of those memorable moments are player-mediated wars and record-breaking battles, many of us cherish the NPC-run live events just as much or even more. Even many who aren't particularly interested in PvP have explored the depths of Sleeper space or made the pilgrimage to see the EVE Gate.

EVE's development team has historically jumped from one big project or feature to the next with very little cohesion, often presenting a new vision for the future of EVE every year. That strategy doesn't lend itself well to putting together a compelling living NPC storyline leading up to future expansions, but thankfully it's changed. CCP's vision for deep space colonisation and player banding together to build their own massive stargates has been around for over a year now, and that plan is sticking in place.

Rather than just working on features and patching them into the game alongside a trailer, CCP should refocus on the story-driven approach that helped make Incursion and Apocrypha so compelling to players interested in more than just territorial PvP. There are plenty of mysteries out there left for players to solve if CCP will take the time to explore them with us, and each of them could form a part of the current plan to open a new player-built stargates.

Each of EVE's ancient races has a certain technological speciality, for example, that could be key to building new stargates or even re-opening the EVE Gate. We'll probably need the Yan Jung's understanding of the gravimetric anomaly in the New Eden system, the Takmahl's regnerative bio-technology to get through the radiation surrounding it, the Sleeper's recently discovered understanding of wormholes to figure out why the wormhole collapsed, and the Talocan's spacial manipulation abilities to re-open the path to Earth and beyond.

Brendan "Nyphur" Drain is an early veteran of EVE Online and writer of the weekly EVE Evolved column here at Massively. The column covers anything and everything relating to EVE Online, from in-depth guides to speculative opinion pieces. If you have an idea for a column or guide, or you just want to message him, send an email to brendan@massively.com.
In this article: amarr, ancient, ancient-races, anet, apocrypha, arenanet, backstory, caldari, ccp, ccp-games, collapse, eve, eve-evolved, eve-gate, eve-gate-collapse, eve-online, fantasy, featured, gallente, guild-wars-2, gw2, history, incursion, jove, jovian, jovian-empire, lore, minmatar, ncsoft, new-eden, player-built-stargates, sandbox, sansha, sci-fi, sleeper, sleepers, stargate, takmahl, talocan, the-jovian-directorate, trailer, video, wormhole, wormholes, yan-jung
All products recommended by Engadget are selected by our editorial team, independent of our parent company. Some of our stories include affiliate links. If you buy something through one of these links, we may earn an affiliate commission.