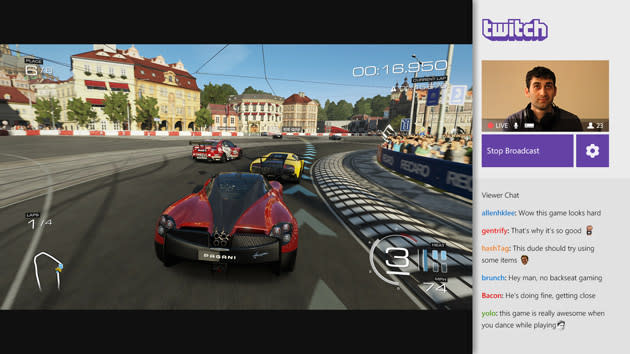 What's the internet's most popular game-streaming service worth? About $1 billion, if VentureBeat sources have their story straight. Earlier this year, Variety and the Wall Street Journal reported that Google was in talks to acquire Twitch, but conceded that the two companies were only just starting negotiations. Now, sources familiar with the deal say an agreement has been reached, though its unclear when the reported acquisition will be officially announced. Naturally, there are some concerns that a Google acquisition of Twitch would stifle competition for rival services, but the tried and true platform could certainly bolster Mountain View's own streaming efforts. If nothing else, perhaps the deal will validate emerging market shared gameplay in the eyes of its doubters. Both Google and Twitch have declined to comment on the report.

In this article: acquisition, buyout, gaming, google, hdpostcross, internet, streaming, takeover, twitch, videogames, youtube
All products recommended by Engadget are selected by our editorial team, independent of our parent company. Some of our stories include affiliate links. If you buy something through one of these links, we may earn an affiliate commission.