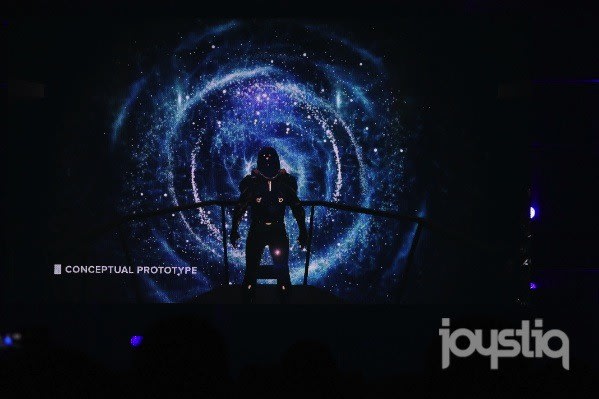 The next Mass Effect will not revolve around Commander Shepard and crew, according to a BioWare Comic-Con panel. However, Phil Hornshaw of GameFront tweeted that the game's hero will have "something to do" with N7, the military designation for special forces soldiers with the highest levels of proficiency in badassery, which Shepard was a part of before becoming savior of the galaxy.

So if the game isn't about Shepard, who is it about? Andrea Rene of The Escapist snapped some offscreen pics of a customizable hero labeled "your hero," as well as a picture of a new version of the Mako landrover from the original Mass Effect. Interestingly, this Mako was referred to as "your Mako."

Does the "your" imply customization options? Are we playing as ourselves? Unfortunately, such questions won't be answered for awhile, if ever. Hornshaw reports that the BioWare panelists caution that the game is years away, and things can change between now and then.
Source: Twitter, (2), (3), (4)
In this article: bioware, comic-con, comic-con-2014, ea, electronic-arts, mass-effect, mass-effect-4
All products recommended by Engadget are selected by our editorial team, independent of our parent company. Some of our stories include affiliate links. If you buy something through one of these links, we may earn an affiliate commission.