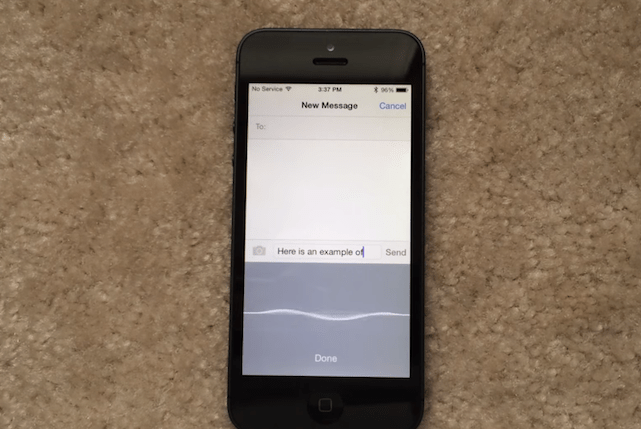 One of the downsides of using iOS' dictation feature for taking notes is having to wait until your note is done to see that your message was accurately transcribed. While iOS 7 features real-time transcription in Siri, the feature has yet to make it to iOS messaging. That's going to change with iOS 8.

In the recently released Beta 4 for iOS 8, Apple debuted its new voice-to-text feature that allows you to see your message in real time as it's being transcribed. You can see the feature below in this video from MacRumors.

Overall, this should lead to an easier to use and less frustrating dictation experience on iOS devices. Fewer errors means less time spent on editing your messages, one of the few things that currently makes dictation slower than typing on your phone. With Apple's push for CarPlay ramping up as more cars become compatible, improving voice dictation for messaging could help the company out in the long run, especially as more states outlaw texting while driving.

In this article: beta, dictation, iOS, ios 8, messages, siri, speech to text
All products recommended by Engadget are selected by our editorial team, independent of our parent company. Some of our stories include affiliate links. If you buy something through one of these links, we may earn an affiliate commission.